Micky Knight is in the house this week! (Dear readers, you have no idea how much I want to say this in all caps.) She is one of those characters who has stayed with me for years. I have always loved stories about female investigators--discovering lesbian mysteries was a revelation for me. I'm honored to have J. M. Redmann as a guest here on Word Affair, to tell you all about Micky in her own words.

For this week's giveaway, you can enter to win an ebook of The Shoal of Time. Leave your comment and contact info (email is best), so we can find you in case--this giveaway runs til next Tuesday, noon EST (and please not that the Eternal Press Valentine's Day blog hop is still going on until Febr. 14th).

Thanks Jean and Micky for visiting today!

“Hepplewhite meowed as I opened the door.  Not a name I would have chosen for anything, dead or alive.  I got her as payment for a job.  Best mouser east of the Mississippi, they said.  I can see the Mississippi out of my bathroom window, if I stand on the toilet.”
Death by the Riverside

“I cursed myself for being a good girl and promised that little old ladies would get no more favors from me.  It was now 4:54 p.m.  At three o'clock, I had been beyond ready to admit that business was slower than a dead turtle.  Good girl or no, at five exactly I would be closed for the business day.”
The Intersection of Law and Desire 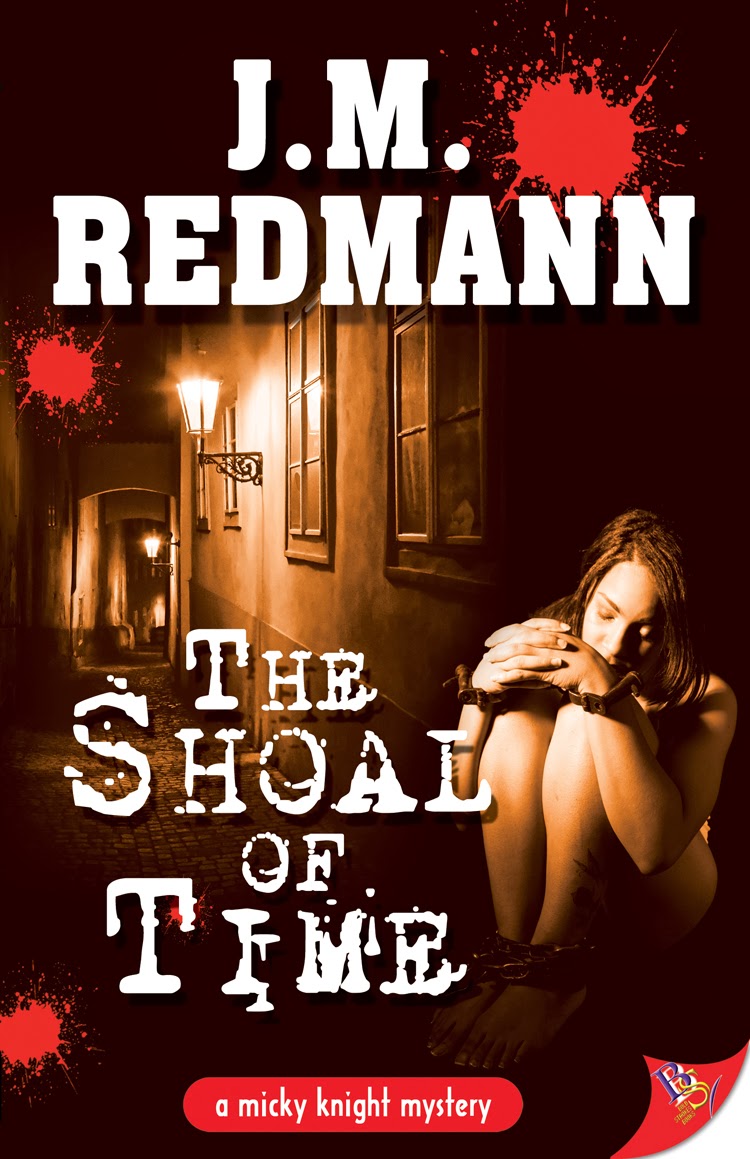 Michele Antigone Knight, known to her friends as Micky, was born in the bayou country outside of New Orleans, Louisiana.  She had a rough childhood, her mother was a teenager who hadn’t chosen to be pregnant and had little choice but to marry the man Micky considers her father, a man much older than her mother.  But her mother wasn’t content to remain in the bayous married to a man she didn’t love and left when Micky was around five.  When she was ten, her father was killed in a car accident and Micky was taken in by an Aunt and Uncle living in the suburbs of New Orleans.  It wasn’t a happy arrangement, the wild bayou child in this prim, proper family, and when she was eighteen, Micky left.  With the help of a scholarship and some kind people, she went to college in New York City, the place that she knew her mother had moved to.  But she never found her mother and after college came back to New Orleans.
She drifted around for a while, drinking too much, not able to find a job or career that really appealed to her.  An out of the closet lesbian, Micky slept around a lot, but never really connected with anyone.
One job she ended up in was as a security guard for a warehouse.  Her boss did some private detective work on the side and asked Micky to help him out several times.  As they worked well together, he asked Micky to join him when he started his own agency.  But he eventually wanted their relationship to be more than just professional, and Micky decided that it was time to move on.
And so the M. Knight Detective Agency was born.

When I started writing the first book, Death by the Riverside, I don’t think I even knew that much about her. It was the late 1980ies, the first wave of women’s publishing was rolling ashore, and the world of mystery writing had woken up to authors like Sue Grafton, Marcia Muller and Sara Paretsky. I wanted to read those kinds of books only with lesbians. There were several lesbian mysteries around, Katherine Forrest with her police officer Kate Delafield, Barbara Wilson, Ellen Hart and Sarah Dreher, who used amateur detectives. But I wanted a lesbian to walk the mean streets. I ended up writing the book I wanted to read, finding the character of Micky by delving into what would make a woman, a lesbian, become a private investigator.
She was originally supposed to be a short story. That changed pretty quickly as I realized I couldn’t contain her in one book, let alone a story. Book eight, The Shoal of Time came out in mid-December of 2013 and I’m working on book nine.

J.M. Redmann is the author of a mystery series featuring New Orleans private detective Michele ‘Micky’ Knight.  Her latest book is THE SHOAL OF TIME, just out. Her previous one, ILL WILL, made the American Library Association GLBT Roundtable’s 2013 Over the Rainbow list, won a Lambda Literary award and was a ForeWord award honorable mention. Her previous book WATER MARK was also on the Over the Rainbow list and won a Fore Word Gold First Place mystery award. Two of her earlier books, THE INTERSECTION OF LAW & DESIRE and DEATH OF A DAYING MAN have won Lambda Literary Awards; all but her first book have been nominated.  LAW & DESIRE was an Editor’s Choice of the San Francisco Chronicle and a recommended book on NPR’s Fresh Air. Her books have been translated into Spanish, German, Dutch, Norwegian and Hebrew. She is the co-editor with Greg Herren of three anthologies, NIGHT SHADOWS: QUEER HORROR, which was nominated for a Shirley Jackson Award, WOMEN OF THE MEAN STREETS: LESBIAN NOIR, and MEN OF THE MEAN STREETS: GAY NOIR. Redmann lives in an historic neighborhood in New Orleans, at the edge of the area that flooded.

Posted by Barbara Winkes at 3:54 AM