It's one again time for the Wednesday Women! For this week, I invited Carolyn Arnold to introduce the heroine of her mystery series, Madison Knight (and we also take a look at other publications). Thanks Carolyn and Madison for joining us!

Major Crimes Detective Madison Knight is feisty, loves a good chocolate fix, and has an aversion to blood. If you love a strong, female protagonist lead, I invite you to meet Madison for yourself. (And you can meet her for free in Ties that Bind.)

I love to read and watch the genre but noticed how, at the time, women took the back seat while a man was in the lead. I wanted to flip the roles by having a strong female protagonist.

My characters come to me with their secrets and backstory. As I write, they reveal it to me. I’ve also used the interview process in the past to dig out more information.

As far as research, I refer to many publications on police procedure and forensics. Of a huge aid to me, is the fact that I have friends who are cops or are retired cops.

This is tough, but I’d have to say that when I first started writing, one thing a reader told me (before I published) was that my characters could be more real. I took this advice as a challenge. I want each and every one that graces the pages of my books to be so real that people feel as if they could pinch them. Based on reader response, I believe I am accomplishing that.

I’m not sure any part of the process has been frustrating.

I remember reading a JD Robb “In Death” series novel and thinking I write a lot like her. Reviewers have also commented on the similarity.

But I love David Baldacci for his character development and Sandra Brown for daring to go where I necessarily wouldn’t naturally.

Yes, thank you for asking about this. I actually have three series on the go right now with another brewing in my head.

My latest series lends itself to the cozy mystery genre and follows the adventures of ex-detectives Sean & Sara McKinley. They are retired from the day job but still find themselves with kidnappings and murders to solve.

As for a favorite character, whoa, that is a tough one. I love all of them for different reasons. Madison for her persistence, Brandon Fisher can be thoughtless but when he lets his wall down, it’s magical, and with Sean and Sara McKinley, well, their ability to work together as a unit to solve crime. 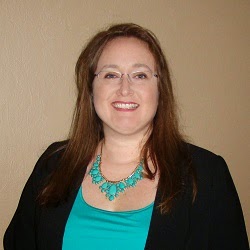 With hours to devote to ‘falling into the rabbit hole.’ That’s how I term it when I become so absorbed that time passes without even being aware of it. I’m so entrenched with my characters and what is going on that nothing else matters.

There have been times I’ve put something on that corresponds to a scene I’m writing. For example, in Life Sentence when Bryan and Jessica are out for a fancy dinner, I played crooner music. When I was writing Hart’s Choice, the main character loves classical music (well, she is a ballerina) and I put these pieces on and fell into the story.

For the most part, though, I prefer to write in silence.

I’m not allowed to get away from it…are you sure? Just kidding.

Well, I’d definitely have to go with Maria Bello. She’s pretty and can play a-take-no-nonsense type of character.

(I would love to see that! ~Barbara)

Right now, I’m deep into edits for Just Cause, the fifth installment of the Madison Knight Series (not counting the prequel, Life Sentence). I have plans to make it the best one yet. Madison will face her haunting past and meet a love interest.

Carolyn Arnold published her first book, TIES THAT BIND, the first in her Madison Knight Series, in 2011 and it became a best-seller, reaching the top 100 in Police Procedurals in the US and in the UK on Amazon. Her novel ELEVEN was noted as a recommended read on The Examiner's "Top 12 Fiction Books of 2011". Her writing has been compared to New York Times Bestsellers such as JD Robb, Mary Higgins Clark, Sue Grafton, Michael Connelly, Tess Gerritsen, and more.

She is a member of Crime Writers of Canada and lives with her husband, and two beagles in a city near Toronto.

You can sign up for her newsletter to stay informed about new releases here.