It's time for another Wednesday Woman! Today, Rachel Cross from J. L. Gaynor's "Ascension" (Sisterhood of the Guardianship) visits. Read from her file, and then hear it from Jen: 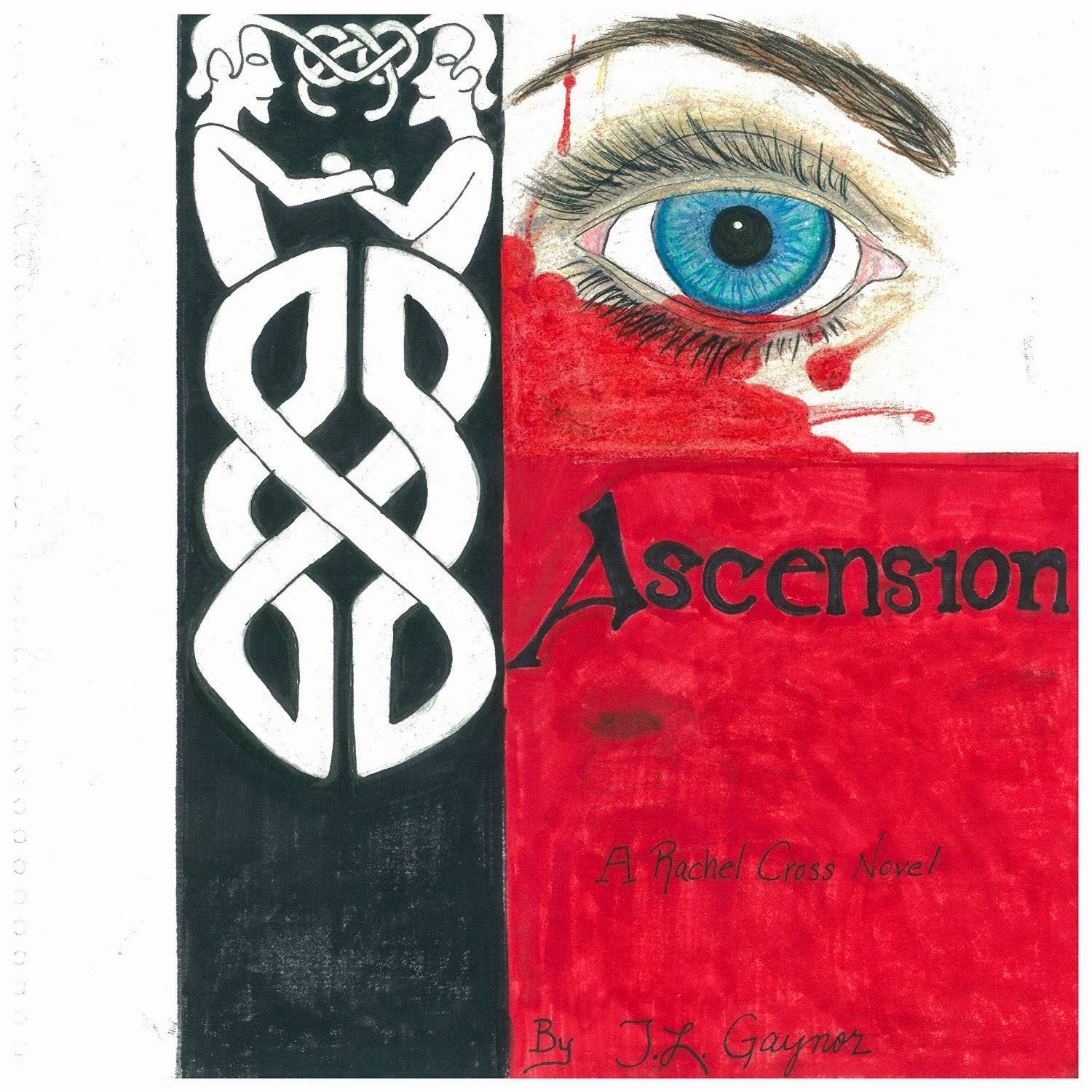 From the personnel files of the Guardianship:

When I was about five or six, I was at my grandparents’ house.  My grandmother was out doing something and my grandfather was snoozing in front of the TV so I ended up watching something I shouldn’t have.  Blackula came on channel 29 and when I saw him rise from his coffin, I was terrified.  I slept with the blankets up to my chin until I was in junior high.  My first vampire novel was ’s by Stephen King and I’ve been hooked on the vampire mythos since.


With Rachel Cross and her merry band of ass kicking female warriors, I wanted to take the vampire myth in a different direction.  Vampires have been cinema and novel darlings since Nosferatu.  I’ve also got a fascination with myth and legend from various cultures throughout history especially those from my own Scots-Irish roots.


Originally, Rachel looked nothing like she does today.  The story I concocted, way back in my high school days of writing in notebooks when I should have been paying attention, was of a set of twins who were cursed by a vampire.  They wore silver crosses that were supposed to protect them.  The cursed twin concept evolved over the years until it was a sisterhood of vampire hunters with one bad ass as the leader.  There are still twins in the story but they are secondary characters.


Rachel Cross hasn’t had the most ideal upbringing despite being heiress to an international, multi-billion dollar corporation founded by her grandfather.  She was a happy accident for her parents, who already had a 15-year-old daughter named Jenna.  Her mother died due to complications in child birth, her father had a fatal heart attack when she was five and her sister was murdered by a master vampire when she was six, effectively making her an orphan.  Alexandra Selezeanu, a vampire who had endured her own traumatic experiences, steps in to raise Rachel and get her ready for Guardianship training.


Ascension, the first of the Sisterhood of the Guardianship books, follows Rachel from her Guardianship training through to her assuming leadership of the Guardianship.  Bolstered by Delilah Henderson, her mentor, and Petra Lenkovitch, Delilah’s best friend and sometime lover, Rachel has plenty to contend with.  There are Rogue vampires, a drug turning rave goers into mindless monsters and a rival bunch of vampire hunters called Slayers, led by the psychotic Donna Wilson.  Add in a pretty, mysterious artist as a love interest and Rachel has her hands full.


Hunted, Ascension’s follow-up, is coming soon.  I don’t have an exact date yet but I’m hoping not too far into the New Year.  In Hunted, we find Rachel two years later and still working to cope with events from Ascension.  She’s taken well to the role of leader of the Guardianship while balancing the ‘normal’ aspects of her life with school, ice hockey, friends and a new love.  Her hopes and dreams of a future free from the violence and bloodshed of the Guardianship go sideways when a psychotic vampire sets her sights on Rachel and her loved ones.  Everything she holds dear is threatened and she is pushed to the very limits of her sanity.


Hunted is in for editing and I’m currently at work on Fallen, the third Sisterhood of the Guardianship book which I’m hoping to have out by late 2015.
Link to buy: Ascension: A Rachel Cross Novel (The Sisterhood of the Guardianship Book 1) - Kindle edition by J.L. Gaynor, C.E. Tull, N.A. Dyen. Literature & Fiction Kindle eBooks @ Amazon.com.
About J.L.:
J.L. Gaynor is a proud native of New Jersey.  She has been writing since grade school and whiles away the daylight hours at a desk in an office.  A self-professed nerd, she is a fan of video games, graphic novels and bad horror movies.
Ascension is her second publishing go-round and her first book, Drive, can be found at all major e-book retailers.   You can follow her on Facebook at https://www.facebook.com/jl.gaynor and Twitter at https://twitter.com/JLGaynor01.
Posted by Barbara Winkes at 4:52 AM