A billionaire romance for us.

Billionaire romances are all the rage and have been for some time. I’ve read a few and often felt left out for the most part—I just didn’t get the main character’s attraction for the guy. D’uh. I’m a lesbian, so that makes sense, right?
There were other aspects that did draw me in. Don’t we all dream of winning the lottery sometimes, leading a sorrow-free life without any financial worries? This is where the guilty pleasure comes in. Guilty, yes, but still intriguing, and I couldn’t help thinking: What if there were stories like this, but with women?

How would a character act differently, if she had all the privilege of the “new boys,” but had been socialized as a woman?
And the character falling for her, would she easily adjust to having obstacles moved out of her way for a certain price, or would she resist more?

I try to answer those questions with Penny and Carter, in the Surrender Trilogy. 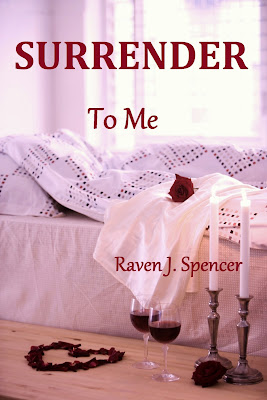 In the beginning, Penny is a sociology student who puts in many work hours at the Café Vienna in order to pay for tuition and a roof over her head. She could use a break, but waking up one day in a luxurious suite on a Caribbean island was not what she had imagined. Carter’s motives are questionable. Penny is troubled by her attraction to her, but it becomes harder to fight with each day in her presence.
And her world is turned upside down even more…

This is partly fantasy, but I’m unapologetic about it. I love the idea of a powerful woman, giving her male peers a run for their money. I love the rising sexual tension between the two women, the focus on their pleasure, which is not a given in mainstream entertainment.

I wrote their story, because I wanted to read one like it, and couldn’t find it anywhere.

I hope you’ll have as much fun reading it, as I had writing it. 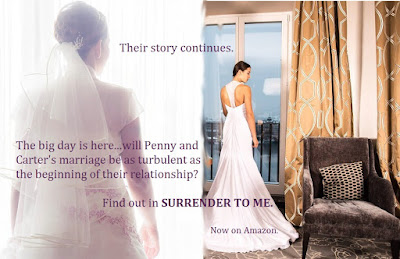 Surrender To Me (both are free for Kindle Unlimited)

Posted by Barbara Winkes at 4:04 AM