In today's Wednesday Women blog, fellow Caliburn Press author Jodie Pierce tells all about her love for strong female vampires, and the books she's writing about them. Welcome!

Jodie Pierce is a Paranormal vampire Author that has also dabbled in vampire horror and vampire erotica. She has four traditionally published novellas and many other self-published novellas as well. She has had a fascination with vampires since 7th grade but it wasn’t until she read an Anne Rice book that she started writing about the vampires she had loved for so long. She is happily married to the man of her dreams, has 4 step-children and one kitty named Pixie. She enjoys research so many things in her stories are real with fictional twists. She enjoys creating strong female vampires in her stories. She sees a little of herself in these characters along with traits she wishes she had. 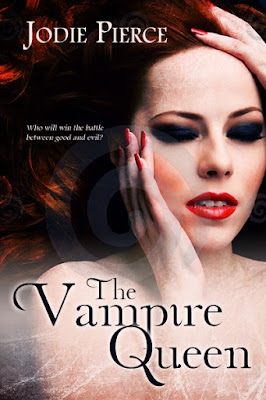 In her Vampire Queen trilogy, she’s created a world for her leader of the vampire race to rule in. She’s committed to purifying the vampire race and this is very evident in the first book, The Vampire Queen. The Queen is bisexual so there are many scorned lovers left in her wake of searching for domination. The third book, Demise of the Vampire Queen is her undoing and she is left to suffer, something she’s never experienced in the past. She is beautiful, seductive and ruthless. In the first book, you are not supposed to like her but as the trilogy goes along, she’s supposed to grow on you once you can appreciate a strong woman.

In her latest self-published release, Vampire of Brazil (also available in Portuguese), her main female character starts out naïve but triumphs in the end over her male lovers. It is a great vampire story mixed with Egyptian mythology and set in the beautiful Brazil Jodie loves so much (she lived there for six months as an exchange student and it has captured her heart). 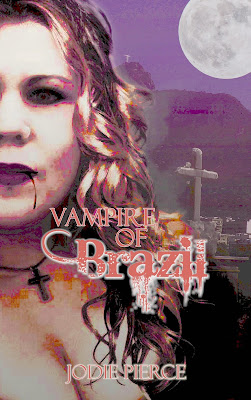 Jodie is currently working on a Scottish UFC type of story where the main male character meets the seductive female vampire who give him her powerful blood which boosts his career. He becomes cocky and she has to knock him down off his pedestal and take him down. She’ll control him along the way and is again, another of Jodie’s strong female characters. She looks up to Rhonda Rousey for her confidence, attitude and work ethic so that’s what sparked her ideas for this story, title coming soon.
Jodie’s book are:
The Vampire Queen
The Vampire Chronicles
Demise of the Vampire Queen
Condemned by a Vampire
Vampire of Brazil
Crime Bites and So Do I
The Reluctant Vampire
Once Sanguist, Twice Bi
A Society Intoxicated with Vampires
Tales of the Vampire: From A-Z
Charity Books:
In Vein
Wild Cards
Animal Instincts
The Wolf Gift
Other Anthologies:
Bloody Kisses
Midnight Thirsts II
Bloody Games: Bloody Kisses Vol.2 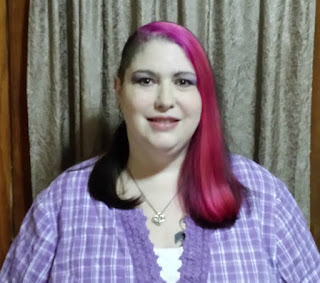 You can find her at the following links:
http://www.thevampirequeen1.weebly.com