Not safe for work: Today's Wednesday Woman, Maggie West has had some bad times, but she doesn't back down. Today, erotica author Leanna Harrow tells us why, and also offers an e-copy of her short story collection for a giveaway. How you can enter for a chance to win? Just leave a comment on this post! 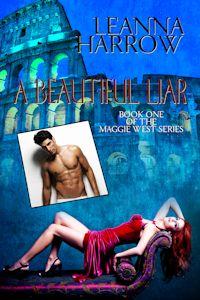 My name is Leanna Harrow and I wrote the character of Maggie West because we all know a Maggie. She’s our mother, sister, grand mother, aunt, cousin, she’s a scrapper!  You can knock her down and she’ll get back up and dare you to do it again.

Maggie has been though a lot in her 40 some odd years. Childhood molestation, a teenage beating and rape, an over critical mother, a mostly absent father, alcoholic husbands, the rape and then cancer of one of her daughters and yet, she’s never been broken.

She’s had dead end after dead end job and finally found the courage to strike out on her own and became a freelancer and loved it! She has the freedom to work at will and that is something that she craves; freedom. Maggie has spent her entire life giving to and caring for others to the point that she‘s lost herself.

Maggie is a free spirit in every sense of the word. She dropped out of school because of too many rules and regulations. She left home to get away from her tyrannical mother. She left her abusive husbands because she could not be pinned down and then, something happened to her.

She discovered she had been living a lie. Her whole life revolved around lies. She had lied to everyone and about everything. She was skilled at it too; she had to be to survive. She was taught to lie by an expert and one day, she woke up and realized that she’d hurt a lot of people, including herself by living a lie. That’s when she decided it was time for a change.

With that change, came an awakening. It was just the beginning of the awakenings that were in store for her. She learned what true inner peace was when she learned to forgive those who had hurt her and to forgive herself. She learned that a good life was a true life.

Then she met “him”. She’d heard about “catfish” before but she had no idea what this man was going to do to her. He was going to test everything she had learned about herself, her life and the way she lived it. Would he change her back? Would he destroy her or would he only make he convictions that much stronger? 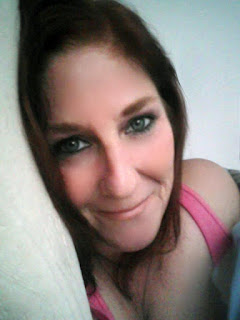 
Thanks Leanna and Maggie!