Just a small reminder that you can still enter to win an ebook of Jove Belle's Uncommon Romance until tomorrow, noon EST. In this week's Wednesday Women blog, you'll meet Rainey Bell of R.E. Bradshaw's thriller series. And speaking of thrillers...

With the release of my first two books, it was easy. Kind of. The fact that it’s a love story, makes it a romance. It’s a love story between two women, so it makes sense to put it in the lesbian romance category. See? It’s easy. At least, when you don’t start an in-depth discussion about perceptions in and about lesbian fiction by readers and authors alike. “Lesbian romance” tells you everything and nothing. It might be a romantic comedy. It might be bordering on erotica. We are in need of subcategories.

If you venture into another genre, it becomes even more complicated.
Secrets is a thriller in the first place. The two main characters happen to be lesbians who discover their attraction for each other early on. Their most important ally is a straight female cop. She teams up with a male colleague using unconventional methods in the hunt for the serial killer terrorizing her hometown.

On Amazon, Secrets showed up in the “lesbian” charts after its release while at the Ebook retailer All Romance, it went up to #3 in the thriller category during a sale, and I’m intrigued as to what this tells me about readers’ expectations and perceptions.

As a hardcore thriller reader, do you care whether or not the main character has the same sexual orientation as you do? How important is it to have your gender and sexual orientation reflected? I know that for me, gender is more important. I’m simply more interested in stories about women, no matter the genre. I wanted two women in this book, regardless of their individual romantic endeavors, have to work together to bring down the bad guy, because that’s a theme I love.

If you prefer lesbian fiction, are there genres you won’t read? How do you feel about a straight couple taking “screen-time” in the story? Is it still lesbian fiction, or do these categories stop making sense at some point?
It’s up to you to decide.

Excerpt:
Sophie couldn’t sleep. Part of that was her own fault, a coffee late in the evening, reading articles about the murder online, checking her usual sources. She stayed in the chat room for a while, but there was no answer from her partner in crime-solving.
When she’d driven into Wilson, the air was already heavier and more humid, the sky darkening. Thunder rumbled in the distance. Clad in only a shirt and panties, she got up, walking into her daughter’s room. Laura was fast asleep. She’d slept through a thunderstorm before, unlike her mother who jerked awake at the slightest sound. Sophie went back to her own bedroom, flinching when the lightning bolt cut through the black night sky. There was no breeze to cool down the stuffy air inside these walls. The storm was still far away, and she wished for her colleagues of the night shift that they wouldn’t have to go out. Normally, even annoying teenagers would like to stay in during weather like this. They weren’t the only ones out there though.
There was someone who had slashed the women’s tires today. In Wilson, it was another hectic night for the locals and the federal agents in search of a brutal killer. Sophie felt exhausted, and useless. She thought of Mark who was so determined to rise through the ranks. If she hadn’t been so eager to get out of Wilson, she might be working with the Feds now. Alice had gone to the same high school, a few years before Sophie, so she hadn’t known her. Still, this was another thing they had in common, she and the victim. Her thoughts kept circling around her.
Alice had been eager to get out of Wilson as well. She had left for college and never looked back--until the killer found her.
The water Sophie had gotten herself earlier had gone stale in the plastic bottle. She took a sip, frowning. She needed to get up in a little over five hours, no point in torturing herself with thoughts of Hamel’s last moments. She wasn’t going to make a contribution by falling asleep at her desk tomorrow.

"Everyone has their secrets...some of them are deadly." 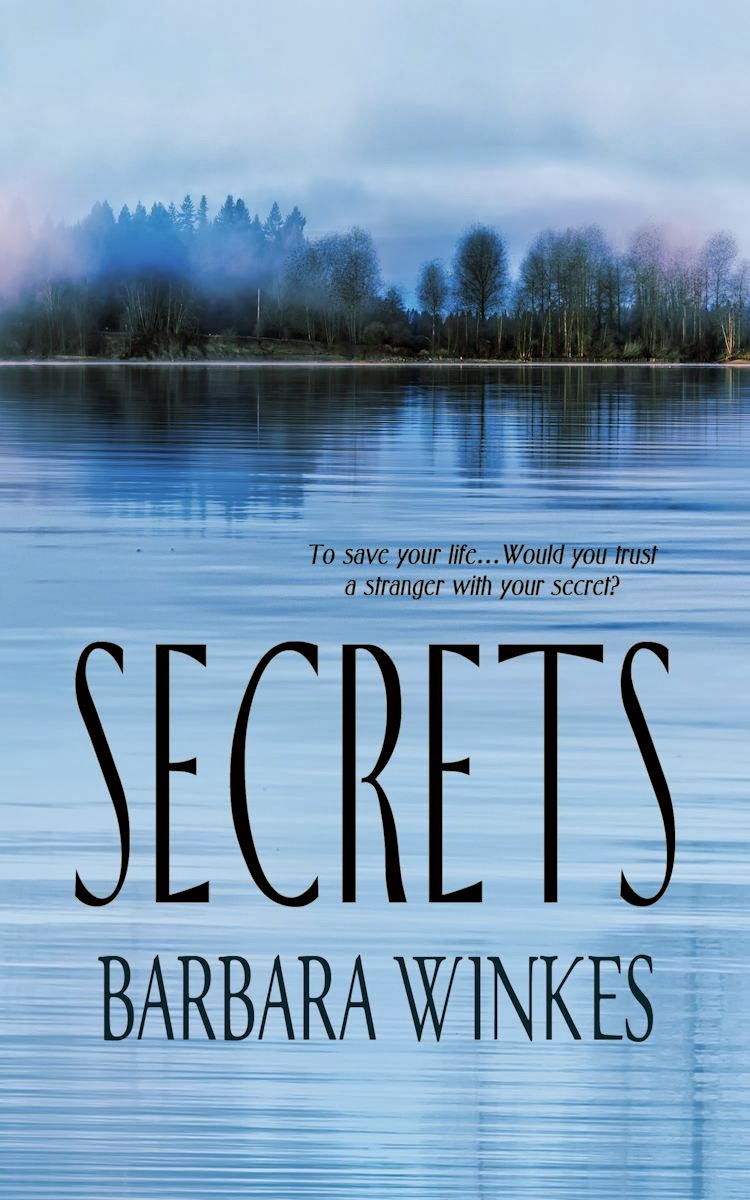 Posted by Barbara Winkes at 7:44 AM