Welcome back to the Wednesday Women! Today we are lucky to join R.E. Bradshaw meeting with the main character of her thriller series, Rainey Bell. I'm curious! First, I'd like to remind you that you can enter to win an ebook of one of Decky's books (winner's choice) by leaving a comment on this post (don't forget your email, so we can contact you in case). You know you want to! The giveaway runs, as usual, until the next Tuesday, noon EST.

Next Wednesday, author JAE will join us here at Word Affair.

Many thanks to Decky and Rainey for being here today!

Rainey Bell’s custom black Charger rumbled into the parking lot of the restaurant where we had arranged to meet. I wanted to interview the former FBI behavioral analyst, but knew she’d never consent. Describing an encounter with Rainey Bell was the closest anyone would ever get to an interview. Luckily, I had a legitimate excuse for seeing her.
I watched the brake lights glowing red long after the car had come to rest. I could almost feel Rainey observing her surroundings, frozen with a foot on the brake. I imagined her fingering the key still engaged in the ignition, while she searched for any reason to abort the meeting. Finally, her tall, dark frame appeared and started for the entrance, but not without furtive glimpses over her shoulder as she crossed the parking lot. Rainey Bell would be considered off the scale cautious. She’ll tell you she has every reason to be and has the scars to prove it.
She saw me and crossed to the chair I purposely left vacant, placed back to the wall, facing the door, just as I knew she preferred. While my fellow diners watched the handsome woman behind the dark sunglasses ambling seemingly without a care to my table, she had sized them up and moved on to the next threat assessment, always vigilant, always.
I smiled and stood when she approached, extending my hand. I genuinely like this woman and I certainly would want her on my side in a dark alley fight. “Thank you for coming, Rainey. It’s good to see you again.” 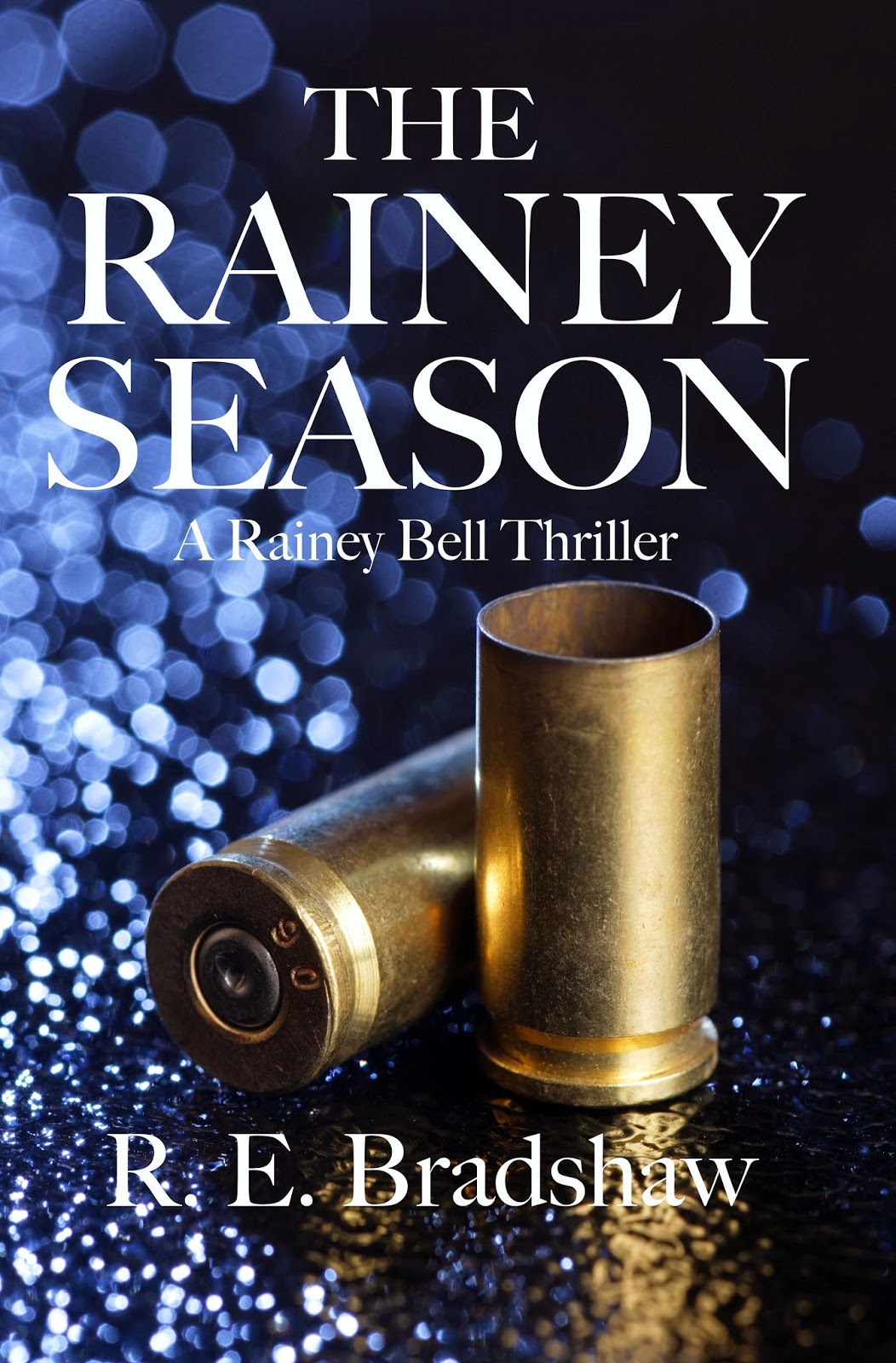 She shook my hand and then took her seat, saying, “It’s nice to see you again, too, Decky.” Removing her sunglasses, she took another sweeping glance around the room, before asking, “So, what’s up? Katie said I had to meet you here.”
I’ve known Rainey Bell for more than three years now. Like I said, she’s cautious, but her current state of heightened awareness started to make me nervous. I found myself checking out the people at the adjacent tables and whispering unnecessarily out of the corner of my mouth, when I responded, “I have a package for you,” feeling very much like a spy in an old black and white movie.
Rainey wrinkled her brow as she processed my declaration. I saw her right forearm twitch just below the elbow. I couldn’t see her hand, and even though the sign on the restaurant door clearly stated no firearms allowed, I was quite sure she was within inches of some kind of defensive weapon, legal or not. She’d tell you she had good reason for that too. I am no threat to Rainey Bell, but I could tell she wasn’t convinced at the moment. After all, in her world, people do the damnedest things to get to the object of their obsession.
She told me just after we first met, “Once you’ve been stalked, turned into prey and hunted by a human being, there isn’t a whole lot left that will surprise you. If it does, then you’re probably already dead.”
Suddenly, all the scenarios that Rainey could be running in her mind started screaming through mine. She could think me under duress, a pawn in a plot to finally take the hard-to-kill heroine to her grave.
“Hey, whoa,” I said, quickly dropping my Ingrid Bergman spy fantasy, rather than create any more angst for an already hyper-vigilant, probably armed, former federal agent. I explained rapidly, and without taking a breath, “It’s just the invitations to Molly’s surprise birthday party. I was down on Ocracoke Island with Charlie, visiting Lizbeth and Gray, when Lizbeth asked me to drop these off for Katie, because she knew I was coming up to Raleigh today.”
I produced the box as evidence to the truth of my tale, and continued to stammer through the remainder of my story.
“Lizbeth did the calligraphy on the envelopes for Leslie, and it’s all very clandestine activity to keep Molly from finding out, because she’s never had a surprise party. And anyway, when I called, Katie said the triplets have colds and she would send you to meet me here, instead of coming to ‘Snot-ville,’ as she called it.” I took a much-needed breath, before adding, “I like the new haircut, by the way.”
I saw Rainey relax a little and lean back against the chair, before she finally offered a beaming smile. “Decky, you have been snared in the web of the women who run our lives.”
She reached into the inside breast pocket of her leather jacket. I jumped involuntarily at her sudden movement.
“Relax. It’s just my phone. I want to show you some pictures from the triplets’ birthday party. They’re two now,” she said, beaming.
I couldn’t help but be anxious. Rainey was on edge, even though she put on a good front.
“Hey,” I said, making sure I had her attention. “What’s going on? If it’s possible, you’re more jittery than normal. Are you in danger again, Rainey?”
She shrugged and sighed. “When am I not?”
She looked away, down at her phone, flicking a finger on the screen, and then she began to chuckle. All the worry drained from her face, her green eyes sparkled, as she turned her phone toward me. Three adorable, birthday cake covered toddlers smiled back from the screen. Rainey’s laughter intensified, showing briefly the carefree side of her personality to which only her closest friends and family are privy.
“The food fight was my idea,” she said proudly.
After lunch, I watched her walk away, steps heavy, her head swiveling, chronicling faces and places she might meet evil again. Most of us live blissfully unaware of the twisted souls among us. It must be horrible to know, as Rainey Bell does, that behind the ostensibly benign smile of a stranger or worse, a friend or family member, may lurk the heart of a serial killer—watching, waiting, maybe this time for you.
COLDE & RAINEY, Rainey Bell Thriller #4
by R. E. Bradshaw
Coming April 2014

Find more about Rainey, Decky, and the rest of the cast of characters at R. E. Bradshaw Books (www.rebradshawbooks.com) 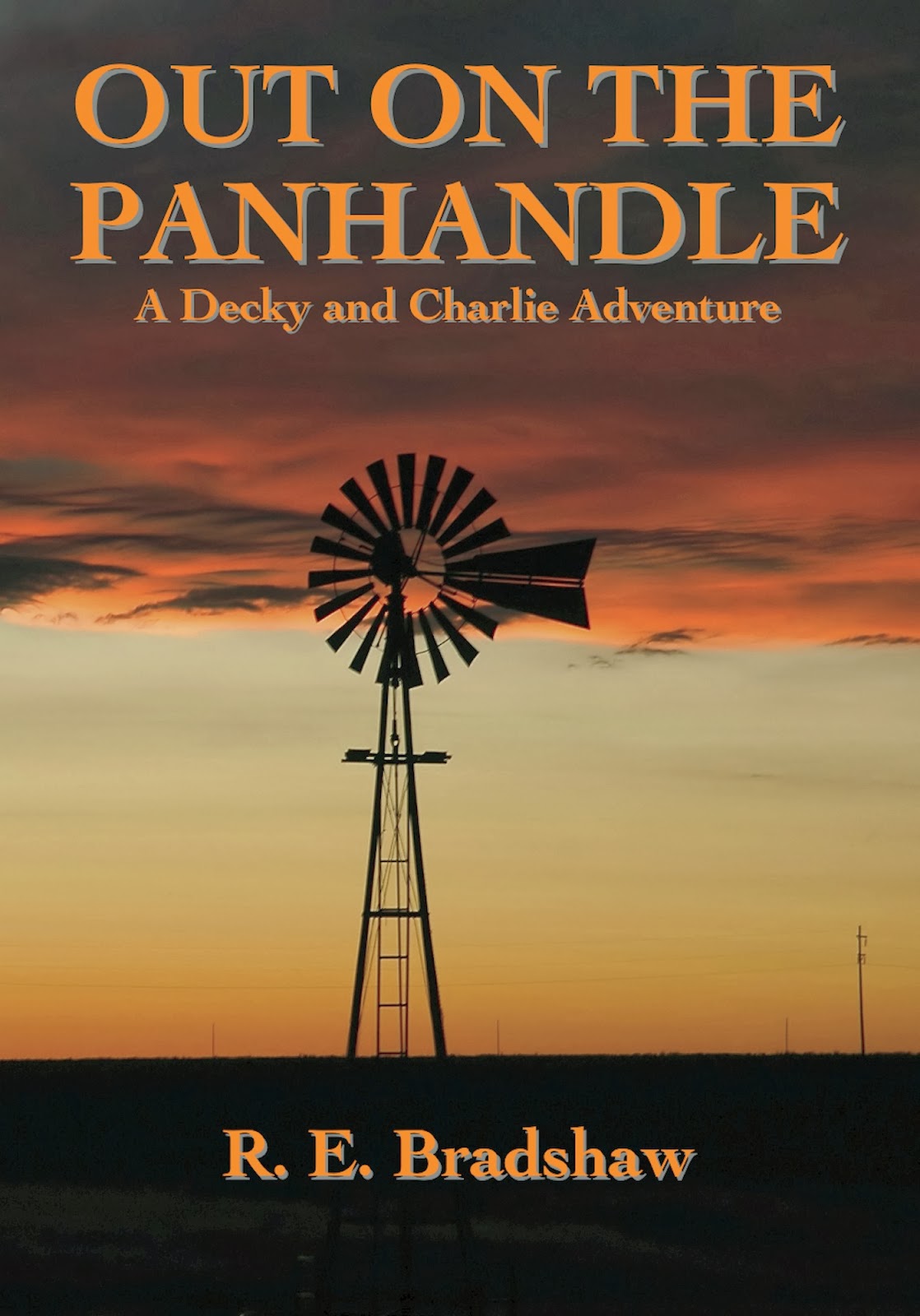 R. E. Bradshaw is the author of 2013 Rainbow Awards 1st Runner-Up for Best Novel – Out on the Panhandle: The Adventures of Decky and Charlie, Book 2. She is also a back-to-back finalist for the Lambda Literary Awards in Mystery with Rainey Nights (2012) and Molly: House on Fire (2013).

Posted by Barbara Winkes at 3:56 AM