The leaves are changing colors here in Québec, perfect timing for an excerpt from Autumn Leaves. The metaphor of the season is woven into the story--the tug of war between summer and winter, old and new, the beautiful colors, change, nevertheless the idea that something has to end before the new life can begin. 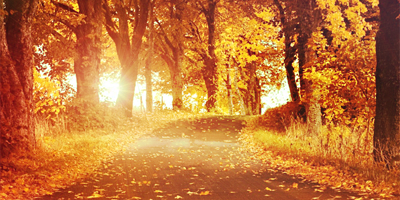 Rebecca and David shared a smile as the doorbell rang. Everything was set up to their satisfaction, the food, the party lights, drinks and dishes all in place. If she was honest, Rebecca liked an organizational challenge like this, getting everything ready on time and still having a moment to put on a pretty dress and sandals. It wasn’t like a lot of their guests would acknowledge that, because it was part of all of their reality. Callie possibly would, and Rebecca was beginning to think it wasn’t such a bad thing to be valued.
Maria and Craig were first, joined by Roz who had come alone. Perfect. That would save her from awkward small talk with Betty. Craig went to have a beer with his brother, and Roz engaged Dina in a conversation. The doorbell rang again, and Maggie perked up.
“It’s Callie!” She jumped to her feet, beaming. Rebecca smiled, not so much at her daughter’s reaction as at her own—she’d nearly done the same. All the time, she’d probably been worrying too much. Callie did all right in the community.
“David, Rebecca. Thanks for inviting me.” She had brought a bottle of wine which, Rebecca could tell from the label, was quite expensive.
“You’re very welcome,” David confirmed. “Excuse me.” He went to open the door to more guests, while Rebecca took the offered gift.
“Thank you. I’m not sure I want to share it with my friends though. You’re crazy. This costs a fortune.” Callie leaned a little closer to whisper, “I thought with all the work you did, you should have a little reward. Let’s share it.”
It made Rebecca ridiculously happy that Callie had chosen this wine to bring to the party, not to Asha. “I love that idea,” she said.
Dusk was starting early. It was just a little over an hour later that Rebecca stood by the buffet, mentally dividing the remnants between leftovers and garbage as she usually did. She was distracted again, though, as she was the whole day.
David and Callie were sitting in the swing, having a pleasant conversation as far as she could tell from afar. Strange and a little confusing to see them together like this, the man she had vowed to love and the woman who was all over her mind these days. Across the yard, she realized Betty had caught her looking, a knowing expression on her face. She knew nothing, Rebecca thought with sudden anger. She had no idea how often they, in their small universe, had failed to accept people just because they were different. They had made jokes, more clueless than mean-spirited, but certainly inappropriate. Betty couldn’t possibly understand how bad Rebecca felt about that. She’d gotten lost in Callie’s work of fiction, was torn between wanting to open those doors, but afraid to do so. What if in the end, she got more than she bargained for? There was a moth circling one of the party lights, and Rebecca chose to watch it instead, mesmerized, reminded of her earlier thoughts. If nothing else, she could sympathize with a living being that couldn’t withstand the temptation of being burned.


Will Rebecca give in to temptation? You can find out here: