This week, we have a knew Wednesday Woman! Adrian J. Smith introduces Grace Halling from her Spirit of Grace series. Read her interview here (and thanks Adrian and Grace for joining the line-up! Great to have you here!). 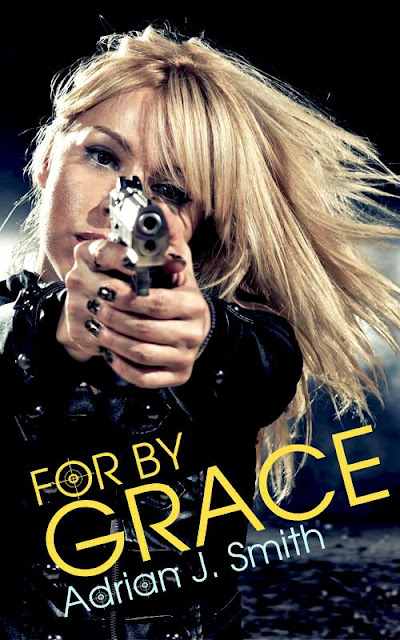 Me: I’m here for to interview you a bit about you in general and also the work you’ve been doing.

Grace: So I’ve been told.

Me: Right, so Grace, you’re a Deputy with the local Sheriff’s Department. What’s your favorite part of working in law enforcement?

Me: Do you think you can elaborate on that?

Grace: Well, I like to help people. I haven’t always been that way, but I like to give people a second chance if I can. Not all of them deserve it. Some criminals are just that, criminals, and they have no desire to change. But if they do, then I like to give them that chance to change.

Grace: It’s really not. Just trying to be an upstanding citizen.

Me: I think you accomplish that well. Is there anything you would like to see changed or improved in the justice system?

Grace: That’s an interesting question?
Me: I thought it pertinent after your last statement.

Grace: **hums** Yes, there is a lot I would love to see changed. Unfortunately, like any system, changes take a very long time to be made. I wish we focused a bit more on rehabilitation. Perhaps then I wouldn’t re-arrest so many people. I also wish—never mind, that one is good enough. I wish we would focus more on rehabilitation in the prisons system as well as the justice system. Well, I wish some of my coworkers would treat people a bit more humanely, since they are humans.

Me: That’s an interesting thing to say.

Grace: It’s really not. What’s your next question.

Me: Right, okay then. Who have been some of your heroes?

Grace: **tears up** Daniel Mason Brady and his wife, Carol. Both of them have been very more helpful and wonderful to me than I could have ever imagined. I don’t even know where to begin with them.

Me: **reaches over and squeezes her hand** It’s okay. I’ll just ask the next question. Um…What would you do if you weren’t a police officer?

Grace: I’d probably be in jail right now. But if I wasn’t, I would love to be a teacher. I could have gone to school with my best friend, Crystal. Although, we probably would have not paid attention and flunked if the two of us were in the same class together.

Me: So what’s your dream vacation spot?

Grace: A cabin in the middle of the woods with no one around. Forget traveling internationally. Way too much danger for that, but I’d love to be able to relax with no one else around.

Me: A special friend?

Me: **grinning** What’s one thing you want to accomplish in your life?

Grace: I want to save just one person, just one, from their own destructive habits.

Me: Haven’t you done that already?

Grace: I’m not sure yet.

Me: So in this cabin in the middle of a forest with no one around, what would you do?

Me: Yeah? What do you love to read? What’s your favorite book?

Grace: Oh I’m not sure I can pick a favorite. I love to read romances. They’re quick, they’re easy, they don’t make me think hard. I usually sit in the tub with a glass of whiskey and read for a while.

Me: I’m not sure I would have pegged you for a romance reader.

Me: Well, thank you for talking with me today. It’s been great to get to know you a little better.

Grace: It wasn’t too painful.

For by Grace (Spirit of Grace #1): Being a Sheriff’s Deputy is not all about saving lives and arresting criminals, and each day Grace wonders if she’ll make it home.


While kids at the schools Deputy Grace Halling visits see her as the knight in blue-cotton armor, people involved in the cases she is dispatched to have a different opinion. She has every confidence in her ability to do her job and arrest criminals. She easily takes down a knife-wielding woman and a drunken combatant teenager without hesitation. Everyone—victim, suspect, or witness—has a story to tell or to lie about, and Grace is never perturbed by their tales.


That all changes when she looks down the barrel of a gun. She loses confidence in her ability as a deputy, she loses trust in herself and fellow officers, and she struggles to stay afloat as shift after shift passes. Grace cannot find her rhythm of being a deputy again. And when the Police Chaplain unexpectedly barges into her life, her personal and professional lives are flipped upside down. Grace struggles to find her even ground, worrying that the next time she stares a murderer in the face will be the last. 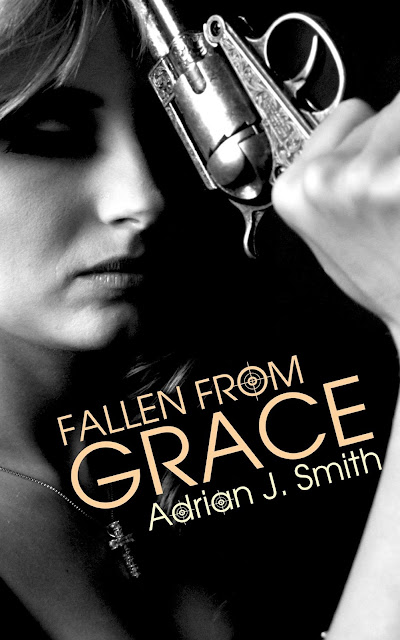 Fallen from Grace (Spirit of Grace #2): Parables and riddles can’t undo the confusion Deputy Grace Halling experiences after her close call with death. Each morning she wakes up, puts on a uniform that feels far more like a target, and goes out to enforce the laws and protect the innocent. While her comrades in blue are murdered one by one with each passing month, Grace pushes for a call to action from her Captain. Her worst fear has become a reality.

Grace doesn’t know if she’s next.

Learning to trust herself again wasn’t easy. Deputy Grace Halling is back patrolling, and after a few months of quiet, murders of her comrades in blue begin again. Scared and determined, Grace follows every lead she can until she finds herself face to face with the barrel of a gun, only this time her finger is on the trigger.

Adrian J. Smith, or “AJ” as she is often called, has a generous and soft heart. She loves to rescue stray cats and dogs, as well as those who just escape. Her hoard of animals currently includes two cats, two dogs and a fish, but no children as of yet. She’s passionate about LGBT et al rights, women’s rights and children’s rights.


AJ loves to read and write lesbian fiction, simply for the fact that strong women make her swoon and when two are involved her knees turn to jelly and she falls head over heels in love. AJ travels around the , and sometimes the world, gathering up stories for her novels. Currently, she lives in the middle of nowhere of the middle of nowhere and is rather difficult to find except on the internet, where she spends a lot of her time.


Connect with her online:

Posted by Barbara Winkes at 5:10 AM