is an archangel who has for a long time believed that humans could be able to find their own way out of bigotry and misogyny. In the present, the evidence is too overwhelming: As long as she and her friends don't intervene, change will be slow, sometimes coming to a halt, the pendulum always swinging back to a certain extent.
Rafi has also witnessed the ignorance humans display not only toward other humans, but the only home they have, the Earth. Angels don't need the Earth or humans, as they can exist anywhere--but Rafi cares, not only for humanity, but her paranormal friends who would not survive if the end of the planet is brought on by humans. 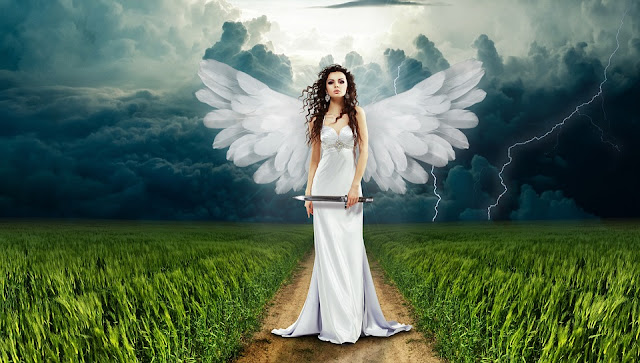 Posted by Barbara Winkes at 9:12 AM