It's here! - The Amnesia Project

Romantic suspense with a dystopian twist...
What happened behind these doors?

In the summer of 2013, three young women and a teenage girl take a trip to New York City…Only three of them return.
Paige’s disappearance marks deep incisions in the women’s lives, impacting friendships, relationships and careers. Joy retreats. Paige’s older sister Alice seeks solace in alcohol. Dani vows to leave no stone unturned, feeling guilty and conflicted after seventeen-year-old Paige revealed her crush to her shortly before she vanished. More than a decade later, Dani uncovers the shocking truth. 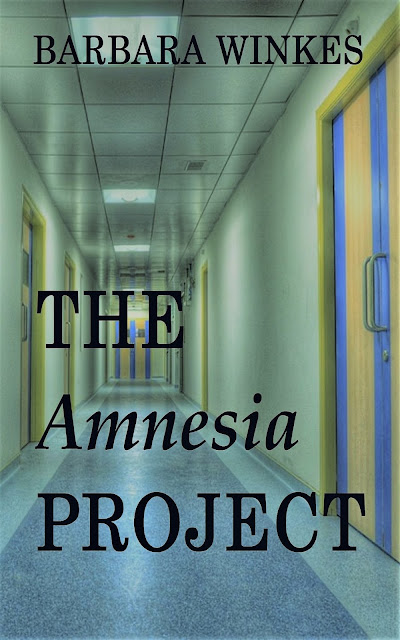 In 2018, my focus will be on mystery, thriller & suspense - new Carpenter/Harding, new Jayce & Emma, a standalone in December, and, of course, The Amnesia Project was just released. If you ave read any of my books, you know that there is almost always an element of suspense--it's impossible to hide: This is where I come from as a reader and writer. I enjoy writing in different genres, but I keep coming back to the themes that have intrigued me for a long time.

The Amnesia Project introduces a dystopian element, and so far, it's been well received by readers and reviewers. Like all my titles, it can be borrowed from Amazon via Kindle Unlimited.

Will you join Dani on her decade long search to learn the stunning conclusion?
Posted by Barbara Winkes at 4:34 PM