No. Stone. Unturned. - An excerpt from The Amnesia Project


Here's the first excerpt from my upcoming novel, The Amnesia Project. Get ready for romantic suspense with a dystopian twist:

In the summer of 2013, three young women and a teenage girl take a trip to New York City…Only three of them return.

(and don't forget to check out the Lesfic Sampler Fantasy & Sci-Fi Edition before the giveaway ends on April 15th!) 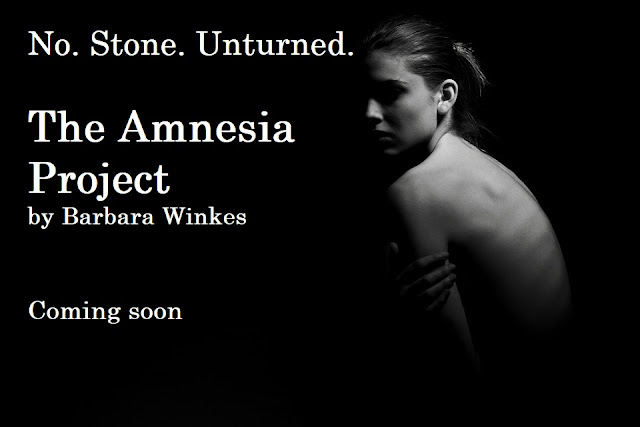 “I came because I had reason to assume Caitlyn Hoyt was living here. Obviously, the situation got out of control quickly.”
“Why didn’t you tell us earlier that you suspected her to have run away from home?”
I frowned at the detective’s wording, but I had something to save me. Tonight, I wouldn’t back down.
“I was hoping Caitlyn would trust me enough to talk to me—”
“Which didn’t work out.”
“But I’m surprised you don’t know. When I found the Gellers’ phone number, detectives from our Missing Persons department followed up first.”
It was his turn to look surprised.
“We never heard from your people,” he insisted. “Besides, if you thought they were here first, why did you come on your own?”
“Because the missing women seem to be related to a case I’m investigating.”
“Murder?”
“Suicide,” I said, growing impatient with him questioning me. “Do you recognize any of those women?”
“Katie Geller, obviously,” the policewoman said. “And this is Annie. She’s in my yoga class,” she added, her tone apologetic as if that was something to be embarrassed about.
I pointed to Paige.
“Have you ever seen her?”
None of the local cops could confirm.
“All right. My partner will be here in a little while, but we don’t have to wait for her. Let’s go.”
“If you allow,” the male detective said. “I’ll take the lead on this. This is a well respected community, and if we must disturb them in the middle of the night, we damn well better be careful about it.”
“Why, what are they going to do?”
He didn’t give me an answer.


If you enjoyed this excerpt, you can find The Amnesia Project on Amazon, April 20th. Your feedback is welcome and appreciated!
Posted by Barbara Winkes at 7:29 AM