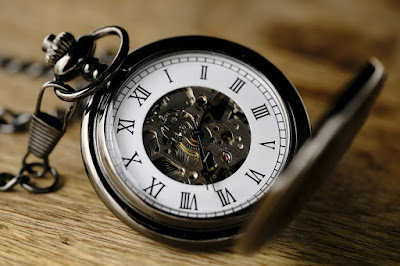 Since the decision is pending at has been for a while, there might be a reason to change the title of this blog once it's out...We'll see.

In any case, if you follow me on Twitter or Facebook, you'll notice that I've been talking and retweeting about this show quite a bit. If you've known me on social media for a few years, you probably know that I haven't posted about a TV show this much since the days of Women's Murder Club. This one, in my opinion, remains unique.

We were happy when we heard last year, around this time, that the network had reversed it's decision to cancel Timeless, and brought it back for a second season instead. This is why I think there should be a third, and obviously, many #clockblockers around the world agree with me.

(May contain spoilers, so beware)

1. Save Rufus - of course, leaving us with this cliffhanger would be cruel to us viewers.

2. Save history - in this day and age, it's chilling to think about bad guys that try to alter history to create a world order to their liking. In reality, the bad guys might not have a time machine, but we know that there are constant efforts to make us believe that the most horrific times in history weren't all that bad, that certain parts of it didn't exist at all. The importance of remembering, and remembering what really happened, can't be overstated - why not wrap it in smart and through-provoking entertainment?

3. Diversity - in both the lead characters and the historical figures they meet. Not every show on every network can keep up here. This is one of the good ones, and it often shines a spotlight on people we heard very little of in history class, if at all.

4. Which is really more a 3.a) - as a lesbian viewer, part of an under-served audience, I am excited about Agent Christopher's story - the low-key introduction, and then the episode dedicated to her. A badass lesbian character in law enforcement, with a wife and kids...we don't see that very often. The Fosters is now coming to an end, and Jessica Capshaw has left Grey's Anatomy, so there are already fewer women-loving-women characters out there.

5. Lucy - it's always great to have a strong heroine at the center of the story, and her character has seen some great development. More of this, please.

6. How can you not love this show, when even the female villain doesn't want to live in a world where women can't vote?

7. Lucy/Wyatt - I wouldn't call myself a shipper, but I'll admit it, I want to see their story continue, so he can finally get over himself, and they can be together. There's so much TV out there where the boy-meets-girl and the-happy-ending-is-inevitable - it becomes a default setting, regardless of whether the characters have actual chemistry. Here's a straight pairing I want to see succeed. These two have what it takes.

8. Lucy/Wyatt from the future - where did they come from? What do they know? I must know!

9. Jiya's visions - still a lot of questions where those are concerned. And, of course, she and Rufus deserve a happy ending as well (see 1.).

10. The pop culture references are always spot-on and hilarious. You might not know this about me, but I'm not a huge fan of comedy - I love drama that has the humor just in the right place.

And now you know why I want this show back. I'm aware that in the end, corporations are about money, and "Reality" TV is cheaper to make. Still, there is something to be said about entertainment that's educational at the same time, and enjoyed by viewers of all ages and backgrounds. Something to consider... (Besides, I haven't forgotten about the cancellation of Chase, so NBC owes me, right? Kidding...I think).

Then there's the matter of the ancient Nielsen system which is so frustrating for the majority of viewers, because it simply doesn't count them and therefore, these numbers can really underestimate the popularity of a program.

Lastly - I would be good if TV networks, all of them, remembered that viewers are customers, and they might just move on if they are treated like petulant children by The Powers That Be.

Here's to a good weekend, and hoping that NBC will be on the right side of history! 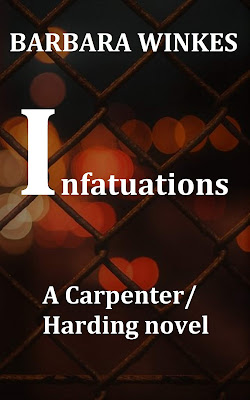 In other news, Carpenter/Harding #7 will be out in only a few short weeks, on June 21st. Jordan and Ellie are dealing with crime and wedding preparations - each can be tricky. In the meantime, if you'd like to catch up on the series, or the recent standalone The Amnesia Project (its premise is another reason why it makes sense to remember history, the roles and the rights of women), you can do so here:

And as always, here are a some more lesfic links for the week:

Get a free book from May Dawney when subscribing to her newsletter.