Of course, there are plenty of lists like this - many of them have few women and ever fewer lesbians in them. Not mine. ;)

By the way, we're only a couple of weeks away from the release of Infatuations (June 21st), #7 in my own Carpenter/Harding series, but before I'll start talking about it more, here's my POV as a reader: 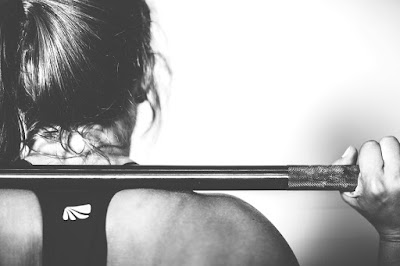 I have talked about the TV series on many occasions, but I fell in love with the concept and the characters years before Angie Harmon walked onto my TV screen and I knew this was the show I had always hoped for, from the first female detective novel I picked up. To this day, the idea is quite unique in crime drama.

These books have left me breathless at times. She never backs down in her quest for justice, for all women, for herself. There is no sugar-coating about how misogyny is ingrained in everyday life, politics and society in general. Lisbeth never shies away from the fight. On a side note, I like her relationship with Blomkvist. When they first meet, she has no reason to trust any man at all. He acts in a way that should be normal, expected--treating a woman as an equal.

By now, Micky, like many of the others, feels like an old friend to me. When I first found mysteries with lesbian leads, she stood out for me, because these books had a bit more of an edge. I have followed Micky through all kinds of turbulent developments in her private and professional life, and I look forward to seeing her again. Knowing she always takes us around NOLA makes it even more fun.

Here's another series featuring a cop and a reporter, this time not as friends, but lovers. Sometimes, the dynamic between the two reminds me of Lindsay and Cindy, because their professional goals and interests don't always completely overlap (but they always make up). This was also one of the first lesbian series I was excited to discover.

And one more from the first lesbian detective serials I found about seventeen years ago - Australian Inspector Carol Ashton, and her lover Sybil, a teacher. I liked Carol because she came out later in life (my own coming out, early to mid-twenties, already felt very late to me, so I could relate a little more). Also, it seemed to me in those days that having a cat was required for the lesbian card. Carol had a dog.

Even though Sara, the medical examiner, and Jeffrey, her ex and then again husband, and Lena's boss, are the primary characters here, I loved Lena from the beginning. She is not easy-going, bordering on anti-hero, but Karin Slaughter always depicts her in a way that made me appreciate her most of all. Unfortunately, the later crossovers came at a cost for Lena-time.

I will read anything by this author, because her style easily moves from genre to genre. Here, for example, the chilling story about a cop on the hunt for a serial killer.

This was a young adult mystery series I loved as a child. You could easily imagine that Jill Graham, as a grown-up, would be a lot like Lindsay Boxer.