Depicting the end of patriarchy - one book at a time.

I published RISE about a year ago, The Exodus Strategy just last month, but they weren't written in that order. The premise is a similar one - what would a society look like without inequality and bigotry, and how can we get there? Could anyone help speed up the progress? Both stories deal with real life issues. The assumption in the Exodus Strategy is that humans could be able to get it right eventually, which makes it more of a utopia.
RISE plays with the idea that we need a little more help from a different kind of friends, with powers that go far beyond the human. It also suggests that female shifters, vampires, angels and such would side with human women, to end patriarchy once and for all. Not paranormal creatures against humans. Not men against women--just decency against bigotry, and this time, the former has to win. RISE is an urban fantasy I wrote when I wasn't so sure most humans are even motivated to advance society that far. After all, the knowledge of the cost of inequality has been out there for a long time.
Due to some logistic issues, The Exodus Strategy couldn't be released until recently, but it's more timely than ever. 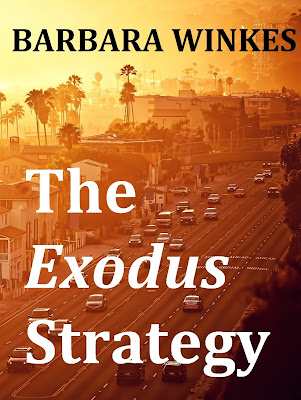 One of the books that has haunted me the most, and continues to do so thanks to a brilliant TV show, is The Handmaid's Tale by Margaret Atwood. It's infuriating and terrifying, and if you look at global politics and trends, it's not at all that unrealistic. According to a UN report in 2015, no country in the world has achieved 100% equality. Not one. With all the information that is available, it's quite shameful that we're still lagging behind.

So I took my fear and my anger, and wrote this book about a group of friends, one lesbian couple, and a straight one, who decide, enough. They intend to start over, with friends, families and employees, and start a better society from scratch, choice, marriage equality, no tolerance for bigotry. Exodus becomes a physical place as well as a philosophy, a way of life. Implementing those changes proves to be more challenging than they could have ever imagined, and they work against a fierce opposition. 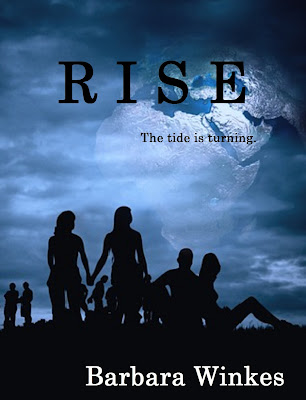 RISE, on the other hand...this was an experiment, one I'm happy I started. I had never been such a huge fan of urban fantasy and characters that weren't all human. For the longest time I thought problems had to be solved in the contemporary, by humans. At some point I got so frustrated looking at history, and politics, and the regular in-fighting of people who are generally on the right side of both, that I wanted a time-out. You can argue about how much of a time-out this actually was, with subjects of misogyny addressed as well, but...It's different. I realized what the pull of fantasy is. Humans have to compromise all the time to get ahead, wait, make detours. This was more like a superhero movie, where the characters come equipped with special characteristics like wings and fangs. Yes, human laws are important, accountability is important, but what if humans are simply too slow?

Both of those stories matter to me a great deal, and I think they both fit into my general concept of women loving women taking the lead. Kerry and Vivien in The Exodus Strategy, and Madina and Daphne in RISE. All my characters do what they can, but I enjoyed to imagine, just for a moment, what would happen if the good had resources at their disposal that go far beyond the usual.
Like a billion-dollar company. Like superhuman strength. And patriarchy would be gone for good, someday sooner than we can currently hope for.

If we can imagine it, it can become true.

Posted by Barbara Winkes at 4:07 PM