I asked A.C. Grey, the author of I’ll Cover You for an interview because I was equally intrigued by the premise--the first female POTUS in a relationship with a Secret Service agent--as by the beautiful cover. Today, on the International Women’s Day, we talk about the inspiration behind I’ll Cover You and A.C.’s other works. Thanks for joining me, A.C.! 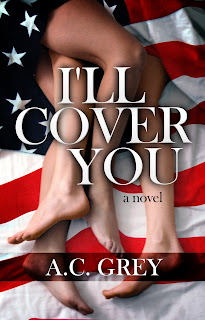 1.      A.C., it’s a bold vision that you created in I’ll Cover You. The real world is just barely starting to open up the idea of a female POTUS (much less a lesbian one). What inspired you to write this book?

I’ve always been inspired by strong women, both fictional and real-life.  When thinking about a story that I wanted to tell, there was no question that I wanted to focus on a woman who was strong, powerful, resilient, and who commanded respect not in spite of the fact that she was a woman, but because of who she was, gender aside.  It was an idea that kind of came to me randomly.  I often come up with fiction ideas at the most odd times.  I even carry a notebook in my purse to jot down ideas.  The president idea was one of those random drabbles I scribbled during a boring plane ride and it took off from there.

2.      Can you tell us a bit about the research you did and did the recent election season play into it?

I did a bit of reading on how the Secret Service operates, but a lot of the plot was of my own invention.  Beyond that, not much.  I’m a bit of a political junkie, having grown up in a family where political debates were perfectly acceptable dinner table conversations.  I didn’t add a ton of political minutia to the story, perhaps a little afraid of bogging down readers or turning them off if their views differed from those I’d give my characters.  I can’t say the recent election season purposely had much effect on my writing.  By the time things had heated up, I already had a pretty complete draft.  However, it was rather a nice coincidence when President Obama came out in favor of marriage equality, much like my fictional president did in I’ll Cover You.

It took me a few months to write a first draft, and then a month or so more to edit.

4.      Will there be a continuation of I’ll Cover You eventually? It would be a great premise for a TV series!

That’s something that I might consider in the future.  I’ve had a lot of requests for a sequel and it’s definitely not something I’d rule out.  At the moment, I’m focusing on other stories.  I just published a spy novel, Covert Affairs.  I am also working a new novel or novelette planned for this spring about an archaeologist searching for the lost city of gold, and the pesky journalist she’s forced to let shadow her.

5.      How did you come up with the idea for the cover (I think it’s beautiful and very thought-provoking)? How has the reception been?

I didn’t design the cover.  I’ve got a great cover artist (visit his site at damonza.com) and he came up with the design.  I love his work, but I know there are some who think the use of the American flag in a suggestive way is pushing the limits of appropriateness.  I’ve never been one to shy away from a little controversy, however.

6.      You made the transition from fanfiction to becoming a pro author--how did that go? What was the best experience, and the most difficult?

I think writing fanfiction definitely helped me hone my writing.  Honestly, before making the decision to try my hand at fanfic, I did not consider myself capable of creative writing.  I’ve trained to write persuasively and do it for a living.  Taking a chance on fanfic made me realize that I could write creatively, if I put the time into it.

The best experience since transitioning to a professional writing career has been seeing the positive feedback, hearing from happy readers, and of course, seeing the sales numbers climb.  Conversely, the fanfic world was way more forgiving, the overwhelming majority of my feedback was positive.  Learning to take criticism and try to use it constructively is something that I’m working on now that I’m selling my works.

7.      Did your fans follow you all the way? Does fandom play a role in your marketing efforts?

There are certainly fans who have followed and supported my efforts and I’m so thankful for their support.  I haven’t done a ton of marketing to my fanfic readers.  I’m thankful for their readership and don’t want to alienate them with incessant self-promotion.

8.      What have you learned from writing fanfiction that helped you with publishing your own books?

I’ve learned that it takes discipline and that you need to set aside the time if you want to have a good product in the end.  It’s easy to let real life get in the way of writing!

9.      There’s a huge appeal to women characters in power, considering the popularity of them in crime dramas and political novels (yet Hollywood doesn’t seem to have caught up on that demographic all the way). What drew you to the concept, and what do you think makes it relevant to your readers?

I tend to write characters that have parts of me, or who are the “me I’d like to be.”  It comes down to the fact that I don’t find weak or complacent women to be all that interesting, and that’s not a character type that I’m really interested in exploring.  I think strong woman characters are relevant for my (and most) readers because of the reason why we (or at least I) tend to read fiction.  We read to escape to a world that’s way more interesting than our lives usually are.  If I wrote a novel about a woman in a low-level office job who never gets anywhere and is kind of bored with life, I doubt I’d find much of a fan base.  Unless that bored office worker was suddenly thrust into an interesting and exciting new situation.

10.  Make a wild guess: When will we see the first lesbian president of the US? Will it be within our lifetime (I hope so.)?

I tend to be a bit of cynic.  I’d say it’ll be in 50 years or so.  So maybe I’ll be a doddering old lady telling my grandkids about how I wrote a book about it way back when.  It took us about 50 years after the height of the civil rights movement to get an African-American president.  Based on that timeline, and the fact that marriage equality is coming to the forefront now, 50 years seems about right (sadly). 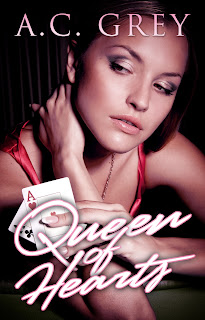 11.  Your latest release, Queen of Hearts, has a completely different theme. How did you come up with these characters? Are they based on any fandom?

I tend to write about things that I know something about (though not always).  I happen to be a poker player in my spare time and so I decided to write about it in Queen of Hearts.  I thought that the give and take and the mind games that go into poker might play well into a romance.  A lot of the typical poker skills, bluffing, poker faces, etc. translate well into the dating world.  I also found it fun to explore two very different types of poker player that exist in the real world – the type that relies on the logical, math-based side of the game, and the type that plays more with their gut and their ability to read others’ emotions.  By writing one of my main characters as each type, I was able to create an interesting dynamic that was a blast to write.

12.  Do you think that the increased visibility of lesbian/bisexual women on TV (Callie and Arizona, obviously, Lost Girl’s Bo and The Good Wife’s Kalinda, etc.) have opened up the market for writers too?

I think the increasing visibility of LGBT characters in all forms of entertainment is really just a reflection of where we are headed as a society.  It’s a slow, sometimes painful crawl, but LGBT people are becoming more accepted.  As a result we’re seeing more gay characters because the TV networks, movie execs, and so forth aren’t as fearful of alienating their fans.  I think fiction writers have had the luxury of writing more freely about LGBT topics for longer than creators of other media, as fiction is a little less “in your face” than TV or movies. However, I think as LGBT characters topics are increasingly viewed as “normal” or “acceptable” by the mainstream public, the opportunities to sell gay-themed novels also increase.

13.  The success of E.L. James’s 50 Shades of Grey has brought some discussion about fanfiction writers going pro (even if the point was often missed in my opinion). Do you think people learned a bit more about fandom, did it help or hinder, or not play any role at all for you?

I think that the wild success of James’s works have definitely let the general public in on the little secret that is fanfiction.  I think that, as a writer, many do not take you seriously if you started as a fanfiction writer.  The image of a geek living in their mother’s basement typing away far-fetched and awful Star Trek sequels is a hard one to live down.  However, I think (or at least hope) that Ms. James’s success shows that just because someone got their start writing characters not of their own creation does not mean that they are not capable of writing good stories and characters of their own.  In addition, I think the sensation that is 50 Shades of Grey will probably inspire a lot of other fanfic writers to take that scary leap to writing original character stories.  We’ll no doubt get a lot of great new novels that way (and many not so great).

14.  Name a woman you’d like to meet, who inspired you as an author, fan, or simply as a person--and tell us why.

There are so, so many.  I’d have to choose Jane Austen, who is, and probably always will be my favorite author.  As a writer, I can only hope to achieve a fraction of the success that she has.  I’d love to sit and have coffee with her (tea would probably be more appropriate) and discuss her novels.  Ask her how she came up with iconic characters like Lizzy Bennet and ask her what she thought about her posthumous success.  And I’d love to ask her if Charlotte Lucas from Pride and Prejudice is the closet lesbian I’ve always thought she was.

It should mean the same to me as to most women (including my fictional characters).  It’s great that we, as women have our own day.  However, there’s still a lot of work to be done.  I can’t wait for the day, if I ever see it in my lifetime, where it’s not even interesting that the president is female.  For the day where there isn’t gender inequality.  For the day where the only issue is how well the person, man or woman, does the job. 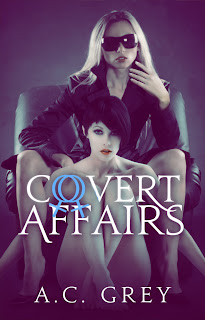 (Graphics provided by the author.)
Posted by Barbara Winkes at 4:00 AM