Today, with Sonnet and Cassandra, we dive into the world of paranormal. Welcome!

Enter the giveaway to win a book of the series (winner's choice) as an e-copy, by leaving a comment to this entry! Like the last one, this giveaway runs seven days until next Tuesday. 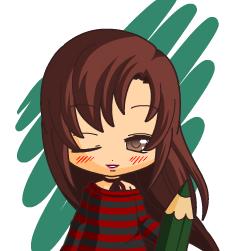 Cassandra has a life where becoming an adult was sudden and harsh. Her mother died when she was eighteen, having nursed her through that illness she thought the worst thing could be losing her, but she prepared for it. However the worst was yet to come, she learned of another world, a world that dragged her into it every night when the sunset till the sun rose again. She was literally plunged into a darkness she didn’t have time to understand. Her strength comes from the fact that she knows there are monsters, demons and magic lurking in the shadows of this world and she refuses to be afraid. She’s made some bad calls, has the scars to prove it, but she gained one vital piece of knowledge. You learn from your mistakes or you pay for them.
The first book in her series – Soul Market - starts three years after her mother’s death and we can see what kind of person she has become. She’s tough, smart, not someone easily shaken and tends to only rely on herself. But like any character this tough exterior can have its problems. She doesn’t trust other people, she doesn’t ask for help and has a tendency to go off on her own getting herself into trouble.
Cassandra spends a great deal of time trying to compartmentalize her life and lying to keep all the parts separate. Her daytime life and friends cannot know about the reality of her night time life and friends. And forget dating. Allowing someone that close to you, trusting them, allowing them into your heart where they can hurt you, was not something she wanted. She hid from her feelings for one man by dating another only to be hurt in one of the worst ways imaginable and to find that he was still there for her. She learned that having someone else believe in you gives you a different kind of strength; and that when you love someone you find strength you didn’t even know you had. You find the strength to protect them even if it means hurting them and yourself. 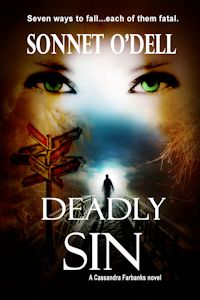 Cassandra lost her family, had her heartbroken, nearly died, got shot, stabbed and still kept doing what she believes to be right. I enjoy throwing new things at her, some horrible and scary, just to watch her battle through and come out on top.
I chose to write about the paranormal because there is so much more to see and do and fight. I like giving power over the extraordinary to people and seeing how they use it. It was Abraham Lincoln who said – “Nearly all men can stand adversity, but if you want to test a man's character, give him power.” I’ve always thought that if a good man is given power, he’s does good things with it. If a bad man is given power he will do bad things with it. The people you have to watch are the ones in the middle.
Sonnet O’Dell 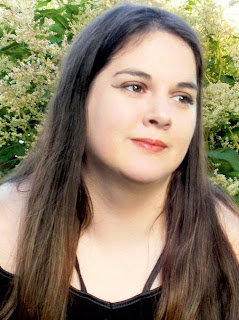 Thank you, Sonnet and Cassandra for visiting.

Next week, you'll find Leanna Harrow and her heroine Maggie West in this space.

Posted by Barbara Winkes at 3:55 AM