The Wednesday Women return with Deborah J. Ledford and her leading lady Inola Walela! I am thrilled I had the opportunity to interview Deborah for the occasion. Below, we talk about the appeal of the female detective, and the recently released audiobook of Crescendo, narrated by Christina Cox.

US residents can enter a giveaway to win a paperback of Crescendo--all you have to do is leave a comment and email or anywhere I can message you). The giveaway runs, as usual, until the following Tuesday noon EST.

Thanks Deborah and Inola for joining the Wednesday Women! 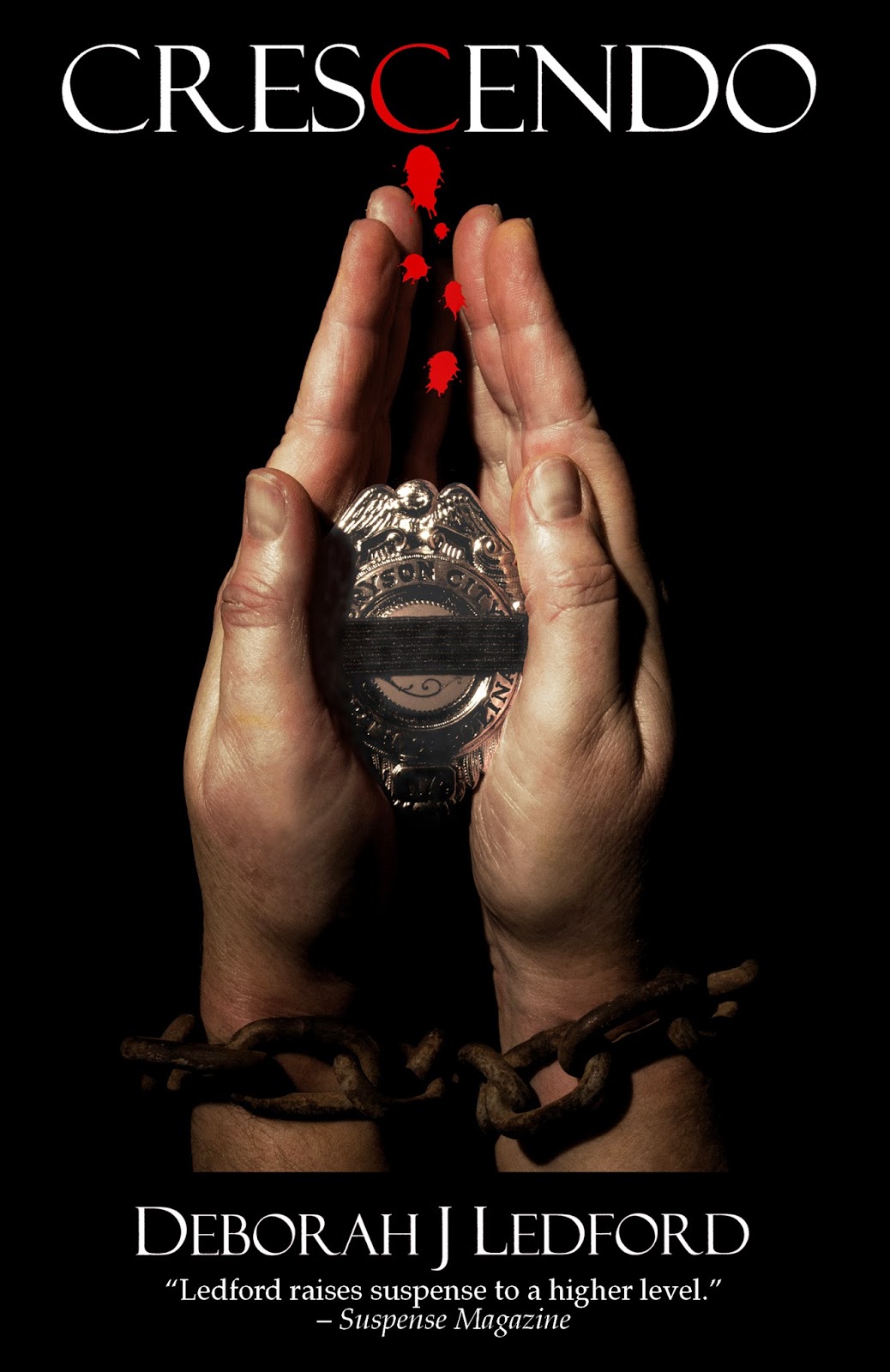 A: I never intended the books to be a series. I started as a screenwriter and every script is a standalone story. My publisher wanted a series and I found that for the overall characters to continue with a flow that Hawk needed a love interest. Inola plays a fairly large part in book two, SNARE. I structured Inola to be Cherokee, not only because of the region where the novel is set, but also because the leading lady in SNARE is a female Taos Pueblo rock star in peril—there is a lot of tension between Hawk and these ladies, which was a blast to write! I loved creating Inola’s character and decided very early on that she would take the lead in CRESCENDO.

A: Primarily the struggle against right and wrong as determined by her superiors and the legal system. Inola makes a lot of mistakes in CRESCENDO—first and foremost going off on her own to find a little boy no one but her believes is missing. She leads with her heart, determination and firm belief that she can make a difference, not necessarily what society deems as “correct.”

A: Inola is a deeply flawed character, one who fights with her emotions and bucks her superiors. She also defies her love interest, Steven Hawk who is the sheriff of Swain County, NC, when she sets off on her own to find a little boy no one but her believes is missing.

A: I usually cast my characters so I can watch them move around in the scenes—for choreography and what they will use as props to add more action—but I never had a clear visual of Inola. I knew her mannerisms, ticks, how she carried herself, but only saw her only from the back. When it came time to produce the audiobook version of CRESCENDO, I knew the voice was the most important element to convey all of the characters (most of all Inola). I cast TV and film actress Christina Cox as the narrator not only for her acting skills but also for her vocal prowess and smoky alto voice. She literally transformed into the characters who have lived inside my head for many years, right before my eyes during the recording sessions.

A: I think because there is so much violence perpetrated against women, females are drawn to strong, capable and intelligent heroines featured in crime fiction. Through these characters we experience the possibility that there is hope even in the darkest of situations.

A: It is always my intent to show every character I create as capable and true to their innate characteristics, whether they are male or female. This starts early in the process from choosing their names to the type of clothes they wear, how they carry themselves, patterns of speech. How one “walks” in the world is every bit important as what is said as dialogue. I implement past experiences and tragedies to show how my heroes and villains grow through the evolution of the story.

A: I spent my summers growing up in the Great Smoky Mountains of western North Carolina, where my Steven Hawk/Inola Walela thriller series is set. I visit occasionally and have found that nothing has really changed there. The area is quite timeless, and although I take liberties with some of the locations I feature in the novels, I’ve tried my best to present the beauty and mystery of an area rarely featured in print.

A: The intent was to not only raise funds to produce and distribute the audiobook, but also to provide funds to the Blue Feather Corporation, a non-profit organization established to advance language and culture on our nation’s reservations. I’m part Eastern Band Cherokee and I feature a number of Native American characters in my series, so I have a great respect for the challenges tribes face on a daily basis—only one of which is the disappearance of their native languages.

A: Quite surreal, actually. Christina Cox did an outstanding job creating the characters and situations that have lived in my head for so many years. I’ve listened to the entire recording over a dozen times now and I’m still amazed by her performances. She voiced every character as well as the differing narrator points of view to perfection.

A: I’m currently working on book four of the series. Inola will take the lead again, this time doing her best to clear a childhood friend who is the lead suspect for the disappearance of his wife.

A: The CRESCENDO audiobook is now available Worldwide from Audible, iTunes, Audiobook.com, Downpour.com, and 8 CDs of the recording can be found at Amazon. 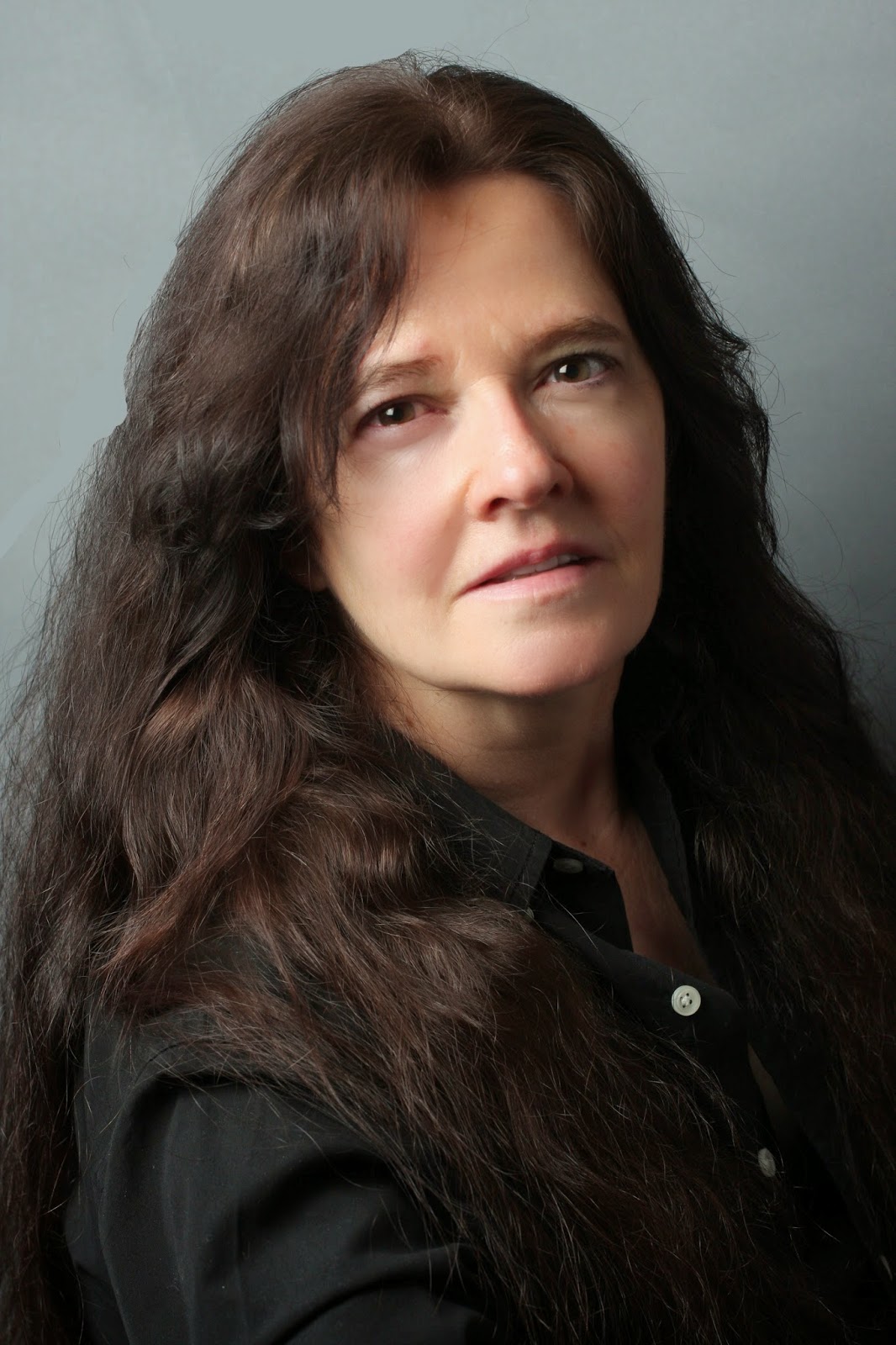 Any links you’d like to add:
IOF Productions Ltd.: http://iofproductions.com/

Author bio:
CRESCENDO is book three of the Steven Hawk/Inola Walela thriller series by Deborah J Ledford. Other novels include the classical music-themed STACCATO, and The Hillerman Sky Award Finalist and New Mexico-Arizona Book Awards Finalist, SNARE. She is also a three-time nominee for the Pushcart Prize in the short story category. She is president of IOF Productions Ltd, producer of the CRESCENDO audiobook.