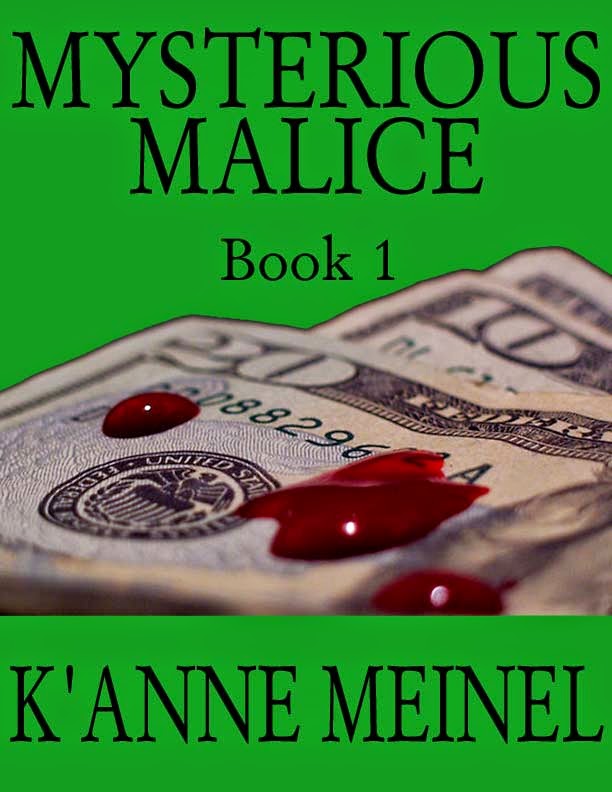 Meeting a mysterious woman in a bar, Deirdre's life is about to change. The abuse from her husband stops suddenly as this woman enters their lives. What does this woman want in exchange for her help?

Making a mistake is something Alice DOESN'T do. Can she deal with the fact that someone might not have needed to die? Can she deal with it when someone else makes a fatal mistake? Into Alice's arena comes Senator's Cecilia and Ken Edwards, is the interest she sees for her money, her power, or her desirable body? Pursuing this 'friendship' will create consequences none of them intended...

Alice is angry and out for revenge!

When Alice gets a plea for help from a friend of her sister can she do anything to free her from the bonds of a sadistic man determined to have her?  What about the bonds that Kathy begins to place on Alice's cold little heart, how will this affect the killer in Alice....

Alice is getting married, has she finally fallen in love…and first comes love, then comes marriage, then comes the baby or babies in the baby carriage?  Is this possible for Alice’s cold little heart?

Dealing with the death of her wife, Alice finds raising a teenage daughter and two other children to be a challenge.  She hadn’t planned to ever be a parent, but for the love of her wife, now deceased she will do what she has to.

A threat to her teenage daughter leads to other revelations that bring out the ‘old’ Alice we all know and loved….her predator instincts are aroused…what will she do next?

In book 8 of the MALICE series Alice finds out the truth about the past year and the manipulations others have enacted on her and her family.  Her anger burns hot and she returns to what she was born to be...a killer.  Our anti-hero returns as she wreaks vengeance for the sake of her family...

In book 9 of the Malice series, Kathy has to deal with the mental damage as well as the physical that has been inflicted on her. Between Federal Agents, Doctors, and her own family the stress is nearly killing her. Can Alice be patient enough to wait for her wife after she has been gone for so long, both mentally and physically…can Alice wait to extract revenge for what has been done to her wife?

Book 10 of the Malice series, Kathy has figured out Alice’s secret.  Can she deal with the enormity of realizing what a monster her wife is?  Will it destroy their marriage?  Will it destroy Kathy?  How can Kathy survive with the knowledge of what Alice is capable of?  Can Alice share herself completely and honestly with her wife?  Can she let her keep this knowledge?


Alice is kind of a unique woman, so many complexities within her.  At first you can hate her because she is a serial murderess but then you love her for being an unexpected anti-hero.  She does what you would LIKE to do, she takes care of the scum and the corrupt and comes out the winner.  She isn't infallible, in fact she doubts herself, but she is just, she is efficient, and she is definitely ultimately likable.   I had read somewhere that 90-95% of all serial murderers were men and I watched MONSTER which was about a female serial murderess and then I watched DEXTER which is about a male serial murderer but more of an anti-hero.  I always wanted to write about a murderer but I felt almost stuck in my chosen genre of Lesbian Romance and started writing the novellas as almost an experiment.  They took off rather well as the first few will attest.  Alice is not only a serial murdered but a loving partner, eventually wife, and mother.  My intention was to only write the first five and combine them in a novel (Malice Masterpieces 1).  But Alice haunted me and wanted more adventures so more novellas came of that.  Then my intention was to only write ten and combine six through ten in a second novel (Malice Masterpieces 2).  Alice won't be silenced though and the fans asked about Alice's background, what made Alice...well Alice?  Minor Malice (#11) is the result of that.  She would not be quiet in her adult years and she has slipped into other of my 'series' and novels such as Charmed Thief 2 where we get a bit of her college years and meet a past lover that survived her and surpassed some of her abilities.  She also has made an appearance in a book I'm writing called Lawyered.  I also have the outlines for Charmed Thief 3&4 where she figures prominently in those stories as well as Malice #12, #13, #14, & #15, and if I EVER finish those the intention is a third novel where I will combine those, but that maybe far in the future and too hard to wait...so take the novellas as you can get them.  So Alice has taken on a life of her own...very prominently for her avid fans. 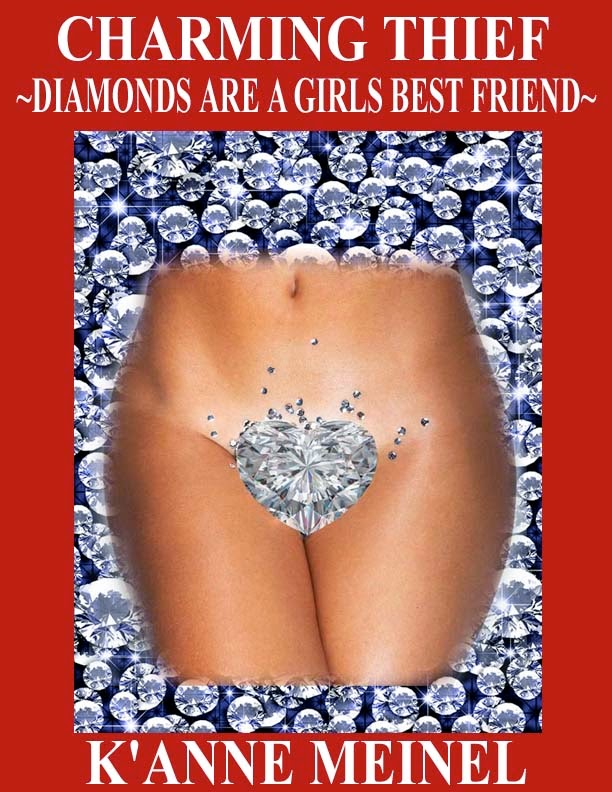 K’Anne Meinel (pronounced Kay Ann My Null), an American author was born in Milwaukee, Wisconsin and emerged full formed behind a keyboard, sometime in the 1960's, where she still resides today after a seventeen year detour through Southern and Central California on the beach.  Her first novel, SHIPS written in 2003 was to be the beginnings of many masterpieces.  Bringing her characters to life in the pages of her books she discovered a real talent for writing romances.  She is the best-selling author of the novel REPRESENTED and her other works include LONG DISTANCE ROMANCE, GERMANIC, and TIMED ROMANCE.  Her novella Sapphic Surfer has been a best-seller and others such as Sapphic Cowboi, Sapphic Cowgirl, and Ghostly Love have received acclaim.  In 2011 she started her infamous MALICE series including an anti-hero/killer by the name of Alice.  Writing well-researched romance novels with humor and a bit of spice she plans to travel some more to fuel her ever hungry keyboard with many more places she hasn’t already been in her books!

Posted by Barbara Winkes at 4:12 AM