Lisbeth Salander vs. Christian Grey - The Idea of a Safe Space in Fiction

I've been wondering about the appeal of certain archetypes in fiction. Some, I understand. Some baffle me. It occurred to me they might attract readers for some of the same reasons.

--The Idea of a Safe Space in Fiction--

I have read both series. I loved the Millennium books. Lisbeth is a heroine that’s right up my alley, joining other long held favorites. I picked up the Fifty Shades mostly because of all the mocking thrown its way, and at its readers. I found those books amusing in parts, troubling in others, overall an entertaining read in a genre that is definitely not mine.

In the wake of its success, there are uncounted series with a similar theme--a dominant male character, a--more or less--submissive female one. The media’s reaction was swift, and perpetuating the same old: Women like to submit.  I’m not satisfied with that simple “explanation”, even if some of the reviews seem to point in that direction. “He can have me!” one reader joyfully exclaimed about another book whose excerpts made me cringe.
Then again, that might be just me. I have my own ideas about what’s hot, and what’s not. Each to her own, right? Besides, we are all so used to judging women based on their preferences, in the bedroom and out in the world. I wanted to take another, more careful look.

The thriller genre, by the way, isn’t safe from criticism either--and I find it remarkable that I read from most female writers that they have been criticized for scenes containing violence against women. However, there’s more to that theme.
When I pick up one of my beloved thrillers featuring Lisbeth, Lindsay Boxer, Jane Rizzoli, Micky Knight, or, since recently, Rainey Bell, I know that in the end, the woman brave enough to step into the path of patriarchy represented by the women-hating murderer, will win. It might be a temporary victory, but it makes me feel good. Sometimes, it’s a saving grace when reality seems too daunting, not only regarding what happens to real women every day, across the globe, but in the way many people react to it and ignore or deny the underlying connection.

I dream of a world in which all the aforementioned ladies team up and form some sort of Avengers team. Hey, that’s my fantasy! I know, I know, the long term solution can only be to educate your sons and daughters on the pitfalls of patriarchy, and the benefits of a society based and common sense and kindness. Meanwhile, I want to see women get ahead, and succeed in the real world. I’m looking at 2016 with excitement. 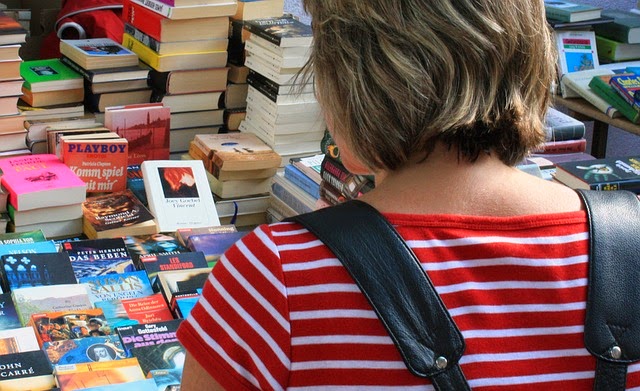 Back to Christian and Anastacia.
Clearly, he’s a man who crosses lines and feels entitled to do so. There is of course the history of abuse which I’m taking into consideration--however, it can only be an explanation for borderline abusive tendencies in a person, never an excuse. My problems with the series lay mostly in the moments where he interfered with her career, and also Anastacia’s outlook at the women he’d previously dated. Then again, there is a fair amount of negotiation the terms of their relationship, and they meet--and eventually, marry--somewhere in the vague middle.

This is where I imagine lies some of the appeal, a man who’s actually willing to listen to and consider the woman’s terms. He’s a billionaire, and good-looking--the world is practically screaming at him that he doesn’t have to. I’m torn. I also think that every woman has the right to read and enjoy whatever rocks her boat, even if the specifics mystify me. Maybe, the relationship of Christian and Ana, to another woman, means the same Lisbeth and her fictional sisters represent for me--a safe space in fiction where the horrors we hear about in the news every day, don’t win. Whatever keeps us sane and going, and further dismantle the idea that women don’t deserve exactly the same (protection from laws, access to health services, authority of their bodies and lives, and so on), is fine with me. I want to say this though:

Christian, don’t be a jerk. Lisbeth is watching you.
Posted by Barbara Winkes at 6:44 AM