I was invited to participate in the #MyWritingProcess blog tour by fellow lesfic author JAE. Every author answers the same four questions about her or his writing process and then tags someone else to continue the blog tour.

These are my answers:

At the moment, I’m writing a mystery called Deep Cover, a sequel to one of my future releases. Amber Alert features a straight female detective whose lesbian, married sister has a prominent role in the first part. She’ll be around in Deep Cover as well.
I recently finished the edits for my upcoming book Spring Fever--this is the third series about the lives of Callie and Rebecca in the small town Autumn Leaves. Release date is August 1st. There’s also book 4 to be prepared for submission.

#2 How does my work differ from others in the same genre?

I’m a mystery/thriller fan at heart, and I suppose that translates into my stories as well. However, in two of my next publications, the novellas The Interpretation of Love and The Truth (after Spring Fever) and Open Spaces (2015), the drama will only be of the emotional kind. I love happy endings, and I want them for my characters, but getting there isn’t always smooth sailing.
I write the characters as they come to me, and to 99% the main characters will be lesbian, and if there’s romance, it will be a lesbian relationship--however, there’s the aforementioned straight detective, and sometimes--not always--a man in the past. I like to explore all kinds of directions the life of a character can take. Some have an early awareness of their sexual orientation and own it, for some, it take a bit longer.
Then again, there’s a lot going on under the label of “lesbian fiction”, so it’s hard to answer this question accurately.

#3 Why do I write what I do?
Usually, the characters come to me and want their story to be written. As for the bigger picture, I love books with a focus on female characters, in mystery and romance. I want to show women who respect each other, and work together instead of the badmouthing and backstabbing we often see in TV and in movies. There’s never a shortage of inspiration, good and sad. In a world that in many places doesn’t treat women as complete equals, and where you can be mocked, fired or worse for being gay, it simply makes me feel good to write about women who take their destiny into their own hands. I know it’s a privilege to do this from my safe, quiet office in a country where equal marriage is the law.

#4 How does my writing process work?
The characters appear, most of the time in a scene somewhere in the story, and I sit down and figure out how they get there, and where they go from there. I have experimented with different word counts, daily, weekly, monthly--everything is good as long as I keep writing. 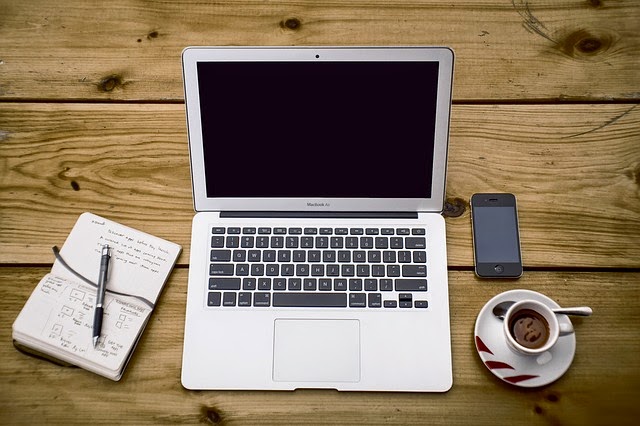 Posted by Barbara Winkes at 6:52 PM