Wednesday Women time! Please welcome Nancy Ann Healy who'll introduce her leading ladies Alex and Cassidy to us. Their story is every bit as intriguing as the covers suggest. And here we go:
Alex and Cassidy

Intersection is the first book in a four part series that follows the lives of intelligence agent Alex Toles and school teacher Cassidy O’Brien. The question is frequently asked where the title came from. Intersection is about the intersection of people’s lives. What happens when Alex Toles meets Cassidy O’Brien and they unexpectedly fall in love? The series follows the pair as they build their relationship amid the convoluted chaos of international politics, business, and espionage. The cast of characters is vast and the twists and turns frequent. While the political intrigues moves the story along, at its heart, the series is about people and relationships. How can one relationship tip the entire world on its head? 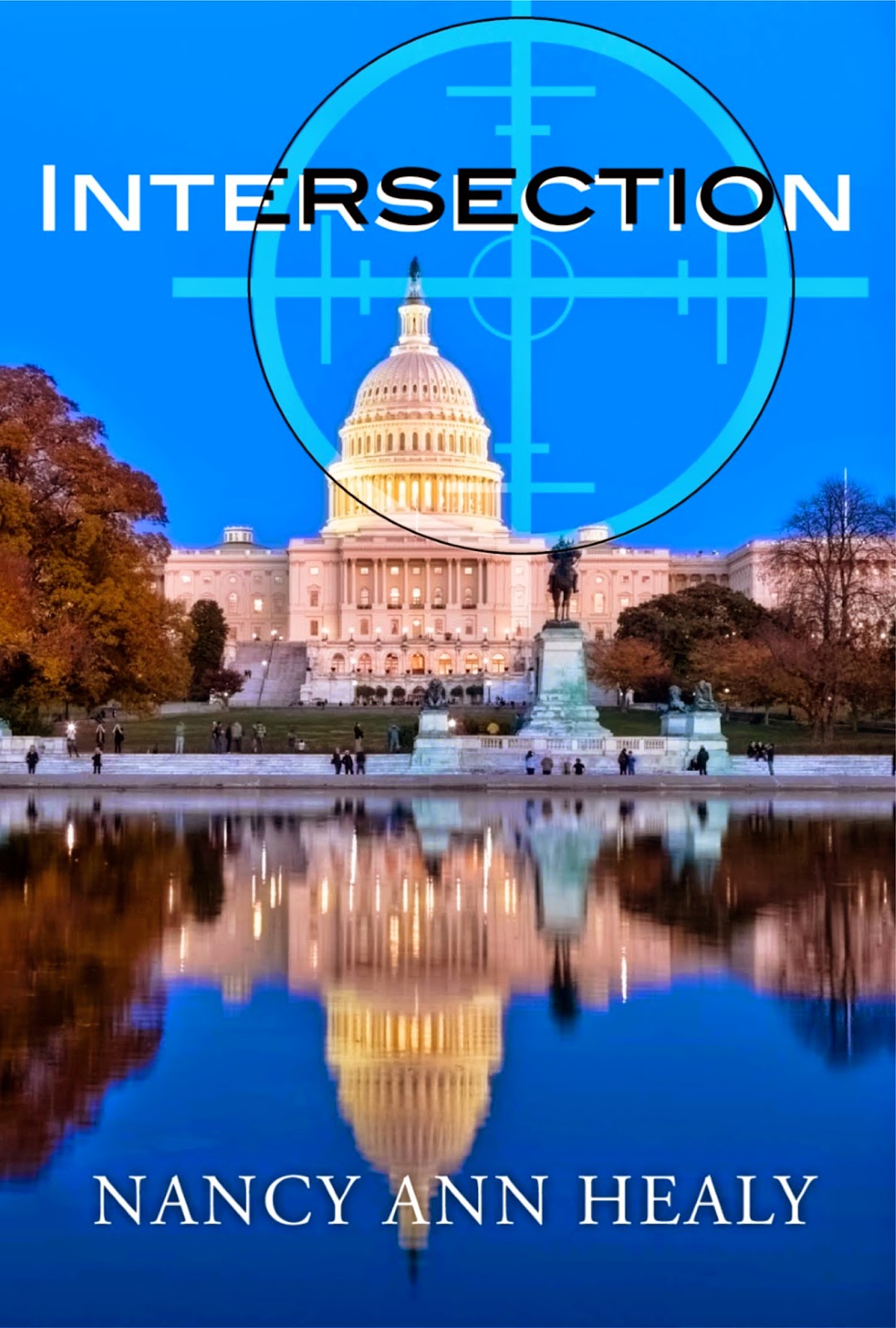 When I first began developing this series I wanted to explore how love can affect the way a person perceives the world. Moreover, how Alex and Cassidy’s relationship impacts everyone that it touches. There are numerous characters that support the stories and are prominent in Alex and Cassidy’s lives. Every character is directly impacted by the relationship that develops between Alex and Cassidy. The two protagonists share center stage in the series, just as the political story and the development of Alex and Cassidy’s relationship are equal components in every book. Alexis Toles (Alex) is the first character that we meet in the series. Alex thrives on both intellectual and physical challenges. She keeps her life moving at a fast pace, reluctant to engage in lasting relationships and preferring constant travel to the creature comforts of home. When Alex is sent to the home of Cassidy O’Brien, a school teacher and the ex-wife of a prominent congressman, to investigate threats made against the family, she finds herself immersed in a life that is quite foreign to her own. The suburban neighborhood, the routine of family life, and the gentleness of the woman she is assigned to protect, both unsettle and intrigue her.

Cassidy O’Brien is equally unnerved at the prospect of a stranger entering her world. Recently divorced from Congressman Christopher O’Brien, Cassidy has focused her efforts on creating a positive and healthy home for her six year old son, Dylan. A high school English teacher, Cassidy’s life is centered on her students and her family, which includes the presence of her sometimes facetious, always engaging mother, Rose McCollum. She expects the arrival of Agent Alex Toles to be at the least, intrusive and at the worst, controlling. The last thing that either woman expects from the collision of their worlds is to fall in love. Life is full of surprises and quickly Alex and Cassidy find that their differences balance the other. Finding it impossible to avoid or deny their feelings, Alex and Cassidy enter into a whirlwind romance that quickly grows into a lasting relationship. 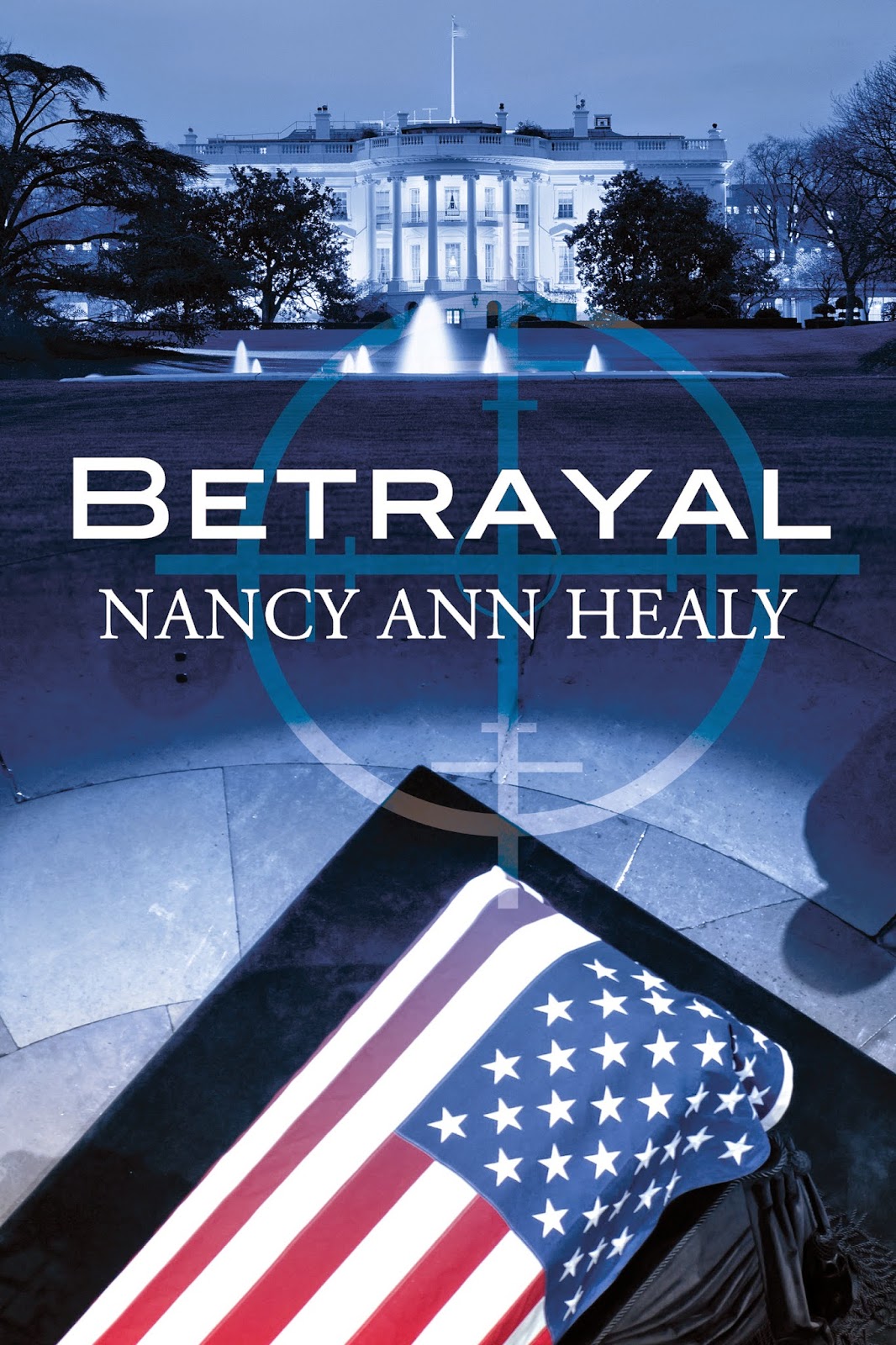 Alex and Cassidy confront numerous challenges along the way. The unethical dealings of Cassidy’s ex-husband put Dylan and the family at constant risk. The women find themselves unwittingly immersed in a world that is ruled by money, power, and greed. They must place their trust in each other as discoveries of long held secrets, betrayals, and lies are revealed to them both. The greatest challenges for Alex and Cassidy are often found, not in the arena of clandestine affairs, but in the endeavor to balance the needs of a family with the outside pressures of an ever-changing world. Alex must learn to be a partner and a parent, placing the needs of Cassidy and Dylan above her natural inclination to seek adventure. Cassidy must learn to accept Alex’s career and the inherent risks that accompany it. Together they face the judgment of family, the realities associated with raising a child, the insecurities of the past, and the disappointments and joys of building a future.

The second book, Betrayal, finds the pair forced to face the consequences when long held secrets are revealed, while at the same time seeking to take their relationship to the next level. Secrets and lies are not limited to the world of espionage and Alex and Cassidy again must place their trust squarely in each other. Each must reexamine her lifelong beliefs about what constitutes right or wrong. Is every lie, every secret kept, a selfishly motivated act? Secrets and lies are at their core, betrayals of trust. Is there ever just cause for deception? Even in the grace of forgiveness, Alex and Cassidy will be reminded that the emotional fallout of betrayal is profound.

Commitment is the third installment of the series. The political intrigue continues to permeate the lives of the two main characters. The book explores how commitments can either change because of betrayal or endure in spite of it. Each character in the series must decide what he or she will commit to fully; the health of family, the pursuit of power, the passion for an ideal, or the preservation of self. Alex and Cassidy will continue to learn more about each other and the upheavals of building a family together. They will be forced to make difficult decisions, accept truths about their pasts, and overcome their lingering fears and insecurities if they hope to sustain their family and build the future that they seek.

Will Alex and Cassidy have a happy ending? That is a question that many readers ask. Happy endings are not a constant in life. The Alex and Cassidy series is not about happy endings nor is it about cliffhangers and surprises. It is about how people connect to one another and how when two people come together it inevitably causes a collision of countless other lives. Alex and Cassidy’s relationship fundamentally changes how each approaches her role in the world, and by extension it teaches and challenges everyone associated with the pair to reexamine their own lives and actions. The final book, Conspiracy, will reveal the true identity of all of the characters and their roles in the international political landscape that inadvertently brought Alex and Cassidy together. There is no ultimate hero or villain in the Alex and Cassidy series. There are only people. Each person makes choices along the way. It is for the reader to decide who the heroes and villains truly are.

Along this crazy journey I hope that Alex and Cassidy are able to portray a hopeful model of a lesbian couple and family. Their ups and downs, their questions and arguments, their banter and their intimacy, and ultimately their devotion to one another is meant to portray the many dimensions of a loving relationship. Their commitment to one another is constantly impacted by outside forces and challenged by internal battles, but in the end, they will remain united. Neither protagonist will meet a tragic end. One will not run from the other in fear. And conversely, there will be no perfect Disney ending to Alex and Cassidy’s story. Does that leave it open ended? Life is open ended, a series of choices and actions. To be able to love along the way is our greatest asset and our greatest teacher, and that is what Alex and Cassidy’s journey is truly about.


To learn more about Alex and Cassidy:http://alexncassidy.com/
To read more of Nancy's writing:http://thebumblingbard.com/

Posted by Barbara Winkes at 3:49 AM