The theme of Women banding together to fight injustice is a personal favorite of mine, so I had to invite Sunny Alexander to talk about The Girls. Not only she's giving a glimpse of her other works, but one lucky winner will walk away with a copy of The Girls! Please leave a comment in this post between now and next Tuesday noon EST to enter, but first, enjoy:

I am excited to be here and am looking forward to sharing my journey from housewife and stay at home mom, to psychotherapist/author. I am looking forward to your questions and to add a bit of encouragement, if you ask a question or make a comment, you will be entered to win an autographed copy of The Girls. 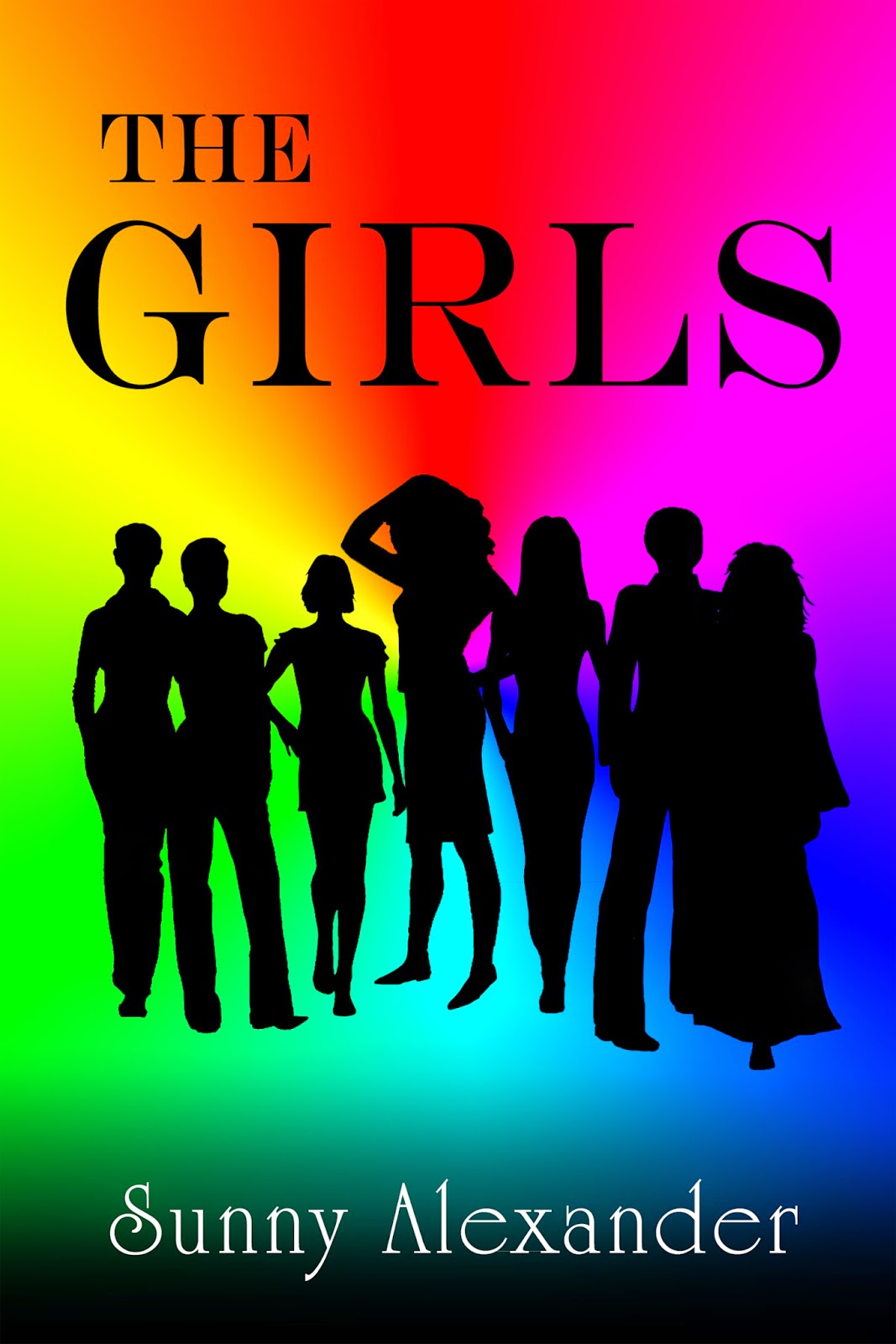 I come from a family of storytellers and you’d be surprised about something as simple as grocery shopping can be turned into a riveting, spellbinding adventure. As a child, I entertained my younger brother and cousins with tales about fairies living in a magical land with rivers made of lemonade. During adolescence, I began to write stories filled with age-typical dreams and longings.


There was a period of time when I turned away from writing and focused on raising my children. I was one of the many women who returned to school in the 70s; what a time of revolution and revelation that was! You’ll read about that historic time in The Girls. For me, it was a huge change from being a stay at home mom. I developed a career as a therapist but most importantly I opened the closet door and acknowledged my identity as a gay woman.


My return to writing began in a most unusual way after a sixteen-year relationship ended. I was not only grieving a personal loss but had volunteered to counsel veterans from the Iraq and Afghanistan conflicts. I kept thinking about the number of troops returning with PTSD and my thoughts began to focus on what I saw as a forgotten group: the medical staff that treated the wounded. On one of those sleepless nights, a name came to me: Kathleen Moore. I began to see an image of a woman with long dark hair and freckles. As if I was being guided, I went to the computer and began to write. I’m not even sure what I wrote; at this time there was no form... just words pouring out. After two years of research and many drafts, the story of Kathleen Moore, frontline Army physician was told in Flowers from Iraq: Book 1 in the series: The Storyteller and the Healer.


After I had published Flowers from Iraq, I began to write The Girls.  The book opens in 2020 when President of the United States, Julia Moorhead has signed the Freedom to Marry Act into law. Gathering together to watch this historic event is a group of women in their late 70s, who have been friends (family) for many years. They are a tight-knit group that has worked silently and relentlessly not only for marriage equality but also to rescue women from abusive situations. As they watch the event unfolding on TV, they are witness to the excitement and happiness of many, as well as the hatred of a few. They decide to help the people understand and embrace equality by revealing their secret past to a curious, perhaps snoopy reporter, who has heard about The Girls.


As the story unfolds, we travel from 2020 to the past where we meet each of the Girls and share in their lives. It’s my pleasure to introduce you to The Girls:


Char, a psychologist, is more than familiar with keeping dark secrets... including her own.


Em, the storyteller, has written a series of novels about a group of women who risk their lives to rescue the abused.


Iris, a United States Senator, finds romance on both sides of the gender aisle.


Les, a wunderkind, discovers a love far greater than her passion for medicine.


Max, the mechanic, can make the human heart purr as sweetly as any engine.


Frankie and Bobbie pack up their dishonorable discharges from the military and hop onto their Harleys for the freedom ride of their lives.


I will share with you how Iris painted a picture of her childhood.


One morning while I was walking, I began to see a broken-down trailer park. I then saw a tall, thin child. I could see the tattered dress she wore, the hopeless expression, the way her mouth turned down, and the snot running from her nose. This was the beginning of my relationship with Iris and her incredible journey from poverty to the United States Senate.


Because of my background as a therapist my novels have a psychological bent to them. I also have an intense interest in social issues; the pain that comes from them and the healing that can follow. My novels are character-driven which means the emphasis is on inner conflicts and relationships. That doesn’t mean there is a lack of romance and humor. After all, don’t they go hand-in-hand with relationships? And most of us have lots of inner conflicts around them!


Some readers have asked me how I get the titles of my books. Flowers from Iraq came to me after I had written most of the book. Flowers kept showing up as metaphors in different scenes. I began to think of the wounded and fallen troops as flowers. And there is a dream sequence in the book that resonated with the title.


The title for The Girls came directly from my mother’s Friday night group of card-playing friends. They always called each other, “The Girls.” They met every week for a friendly game, and then on Saturday, the phone would begin to ring as they dissected every play— and I must add, every player! The subtitle of The Girls: A Different Kind of Love Story came about when I thought of how many types of love there really are. And through thick and thin, The Girls do share a very special love.


Claire’s Song—Book 2 in the series The Storyteller and the Healer— began as God Laughs and I went so far as to have a book cover designed. Then as Kathleen and Claire struggled with dark secrets that they had kept from each other, I thought, this really belongs to the lover of music—Claire— and so the title became Claire’s Song.


I do work with one goal in mind: to have the reader identify with the characters... to laugh with them, cry with them and most importantly to enjoy a good story. I hope that my books show that even though life can be difficult and painful, there is always hope. And, by the way, I believe in a happy ending.


I am getting ready to begin a new novel. All I know at this point is it will be about a group of Holocaust survivors who hide their identity and deny their experiences from the world. I am starting to get flashes of characters and scenes and so another adventure begins.


I would like to share a favorite quote of mine from The Girls. In this quote, Em is musing about her life, the many twists and turns it has taken.


Being gay is not the only closet, she thought. So many closets in life, as she had discovered over the years.

Posted by Barbara Winkes at 3:45 AM