Good morning! We have a Wednesday Women blog this week, and I'm happy to present Sandra Moran who will give us some insight in how she creates her characters. Find a character profile for Maggie Anthony--and thank you, Sandra, for bringing your leading ladies to the Wednesday Women table.

* * * *
In preparation for this guest blog, I took about an hour to read some of the previous contributions to Word Affair and let me tell you ... I was a little daunted by so much rich and beautiful writing by such thoughtful and lovely women. I fear my contribution will pale in comparison. That said ... deep breath ... here I go.

My name is Sandra Moran and I am the author of Letters Never Sent, Nudge, The Addendum (a companion piece to Nudge), and my most recent offering, All We Lack. By day, I teach anthropology to undergraduates and as such, am fascinated by what makes us not only different, but also alike. I find people endlessly fascinating and when I create characters, I work to make them as multi-faceted and complex as possible. 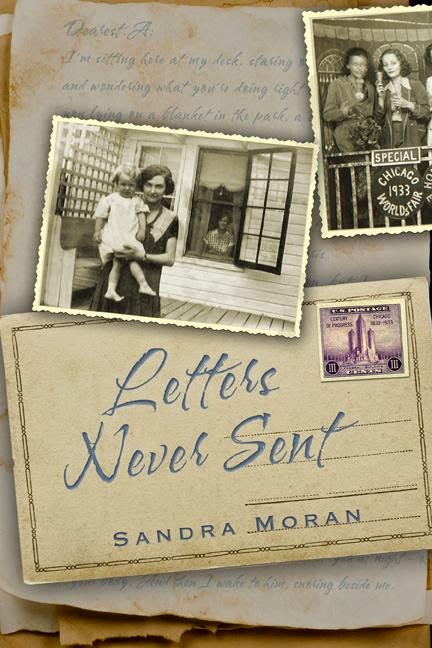 One of the questions I often get asked is if my characters are based on real people – particularly the characters of Kate and Annie in Letters Never Sent. The answer to this question is “no.” There may be mannerisms or certain quirks that I steal from real people, but the characters themselves are entirely fabricated. What makes them seem real (I hope) is that I spend a lot of time on character development. I create elaborate profiles about who these characters are ... what motivates them ... what has happened to them in the past that informs why they make the decisions they do.

I do all of this on the front end (before I even sit down to write) fully recognizing that most of what I build into their back-story doesn’t even make it into the novel. And that’s okay. Most readers don’t care that Annie (Letters Never Sent) was fascinated with/had a crush on Amelia Earhart. It didn’t figure into the story. But knowing that about Annie, I was able to take that sense of adventure and fearlessness that she loved about Amelia Earhart and incorporate that into her own bold and assertive approach to the world. 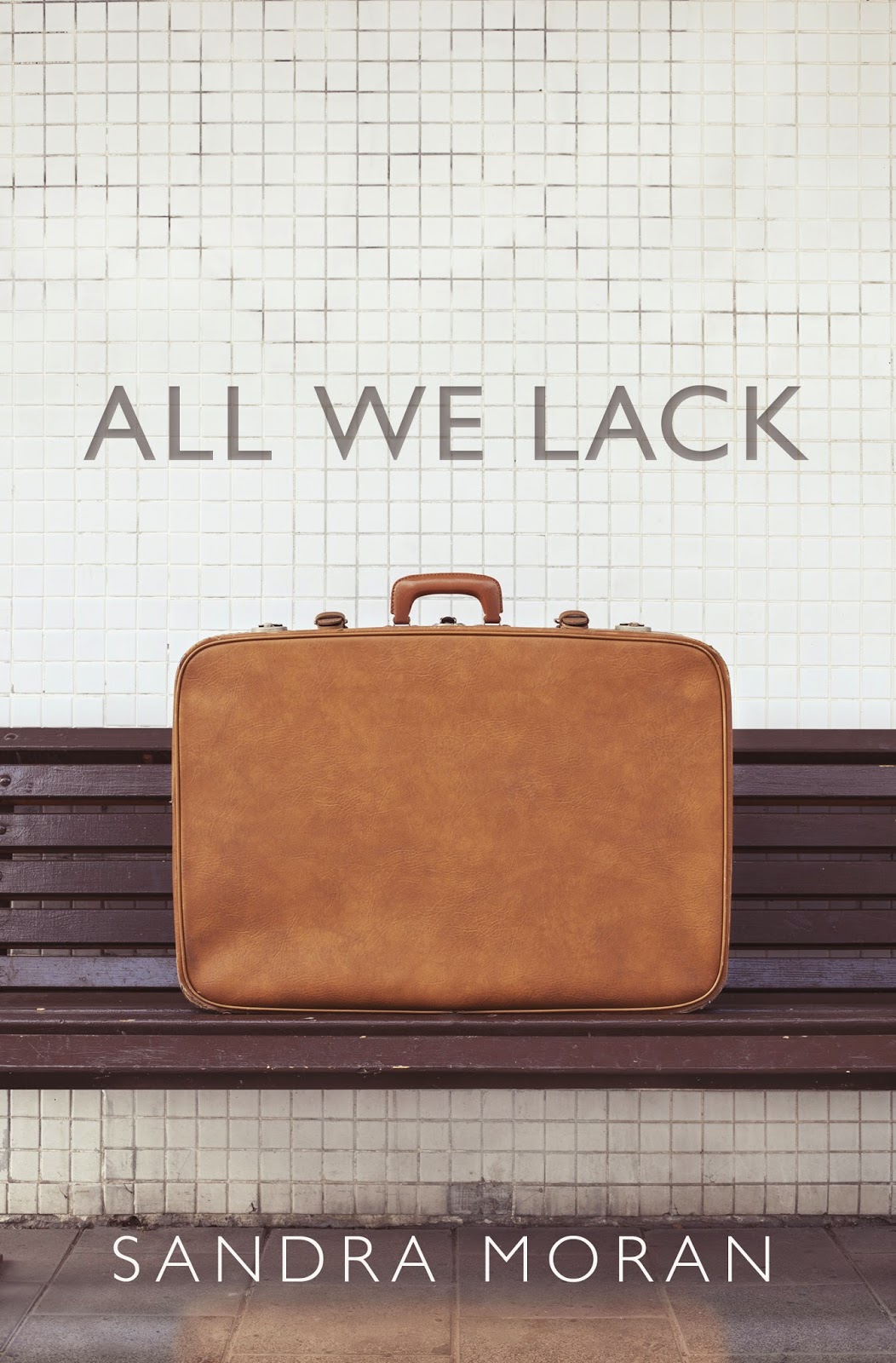 I do that with all of my main characters. And since All We Lack was released April 1, I thought I would share (for anyone who is interested) a portion of the character profile for Maggie Anthony, the closeted, lesbian funeral director in Seymour, Indiana, who is going to meet a woman with whom she had a brief relationship the year before.

As background, All We Lack is the story of four characters who are on an express bus from New York City to Boston. Maggie is a funeral director from Indiana who lives a double life. Bug is a ten-year-old boy in the Pennsylvania foster care system who is being sent to live with an aunt he doesn't know. Jimmy is a former paramedic and prescription drug addict on his way to meet a woman he met online who thinks he's a successful doctor. Helen is a Chicago insurance investigator who is leaving her marriage in search of the woman she wants to be. Seemingly, they are strangers. But in actuality, they’re not because they are tied together in ways they don’t even realize.

So, Maggie ... what do we know about her? Well, in the spirit of full disclosure, I’m going to share the first part of the actual character profile notes. This is the exact profile from which I worked and I have left any errors in place. If you’re read All We Lack, you might learn some new things about Maggie and if you haven’t ... well, then maybe you will find her interesting enough to want to know more. 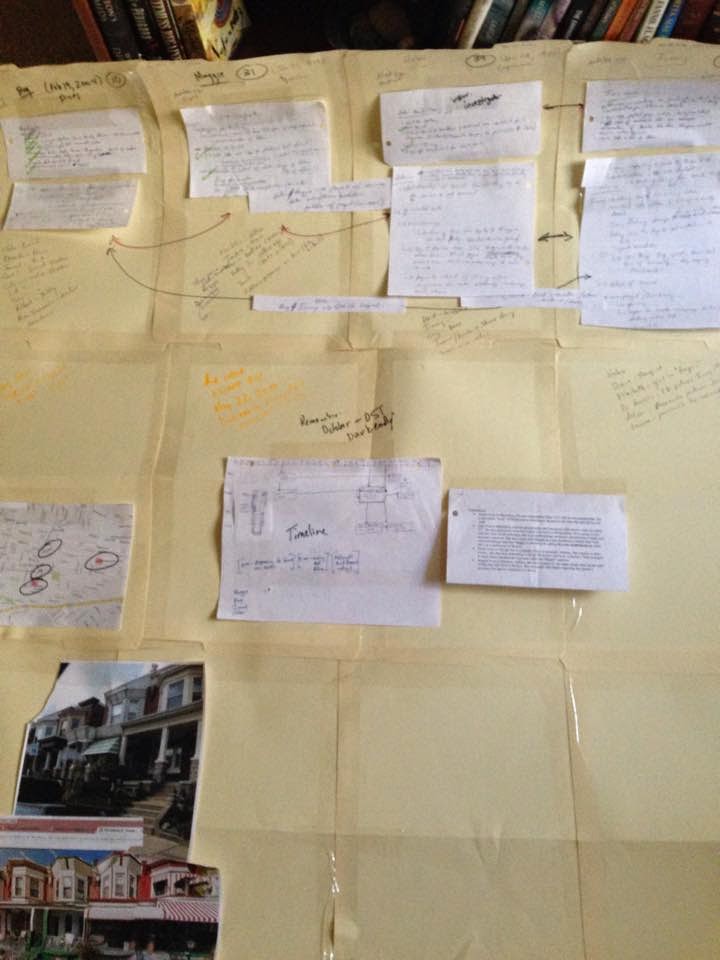 
·        Maggie Anthony is 31 and, despite being an introvert, is very successful in her career as a funeral director. She derives satisfaction from helping people through one of the most horrible times of their lives.


·        She is terrified of flying, though not because her parents died in a plane crash – which is how she inherited the funeral home in Seymour, Indiana – but rather of being trapped in such a small space. She prefers being able to see the scenery and being able to open a window and escape if need be (telling characteristic). Usually, she drives wherever she needs to go, but in this instance, she’s presenting at a Professional Women’s Conference as part of the NFDA and needs the travel time to work on her presentation. She was going to take the train, but the times didn’t work with her schedule.


·        Though she is travelling to a conference to present, that’s not really why she’s going. She’s going so she can see Sarah, with whom she had a weekend fling a year before. That fling was very out of character because generally, Maggie only has anonymous, one-night stands. The reasons why she does this are complicated. She lives in a small town where reputation is everything and being a funeral director is kind of a turn-off for many women. Also, she has an aversion to relationships. Her father, Franklin, cheated on her mother with his office manager, Betty Jo.


·        She had her heart broken by Rachel (a girl in high school to whom she couldn’t commit because she wouldn’t come out. NOTE:  Rachel later kills herself after they argue.) Also, Maggie doesn’t want the pain that she sees every day when someone has to bury their spouse. It’s too hard. She cannot commit to anyone or anything aside from her career and sees these meaningless trysts as close to intimacy as she can allow herself. She goes to Indianapolis to pick up one-night stands and never uses her real name.


·        She keeps people at a distance because she’s scared of being hurt, but also because she doesn’t understand people – not really. Her experience with Rachel proved that. And then, Sarah. The fact that Sarah looked so much like her first love is part of what draws and scares her so much.


·        She chooses her clothing for the trip carefully, planning both for the conference activities and for seeing Sarah and going to the bars. She has spent the last year obsessing over Sarah and she has no alternative but to come to some resolution regarding her obsession with her. She has, over the past six months, followed Sarah online, Googled her, etc. She finds herself following  her on Facebook even as she tries not to care.


·        She didn’t want to be a funeral director, but when her brother refused to take over the family business, she went through a funeral sciences program and got her license. She did it to please her father. She is unsure if she made the right choice, but accepts that it’s the choice she made and that she has to live with it.


·        Maggie has a challenging relationship with her brother, Ben. He is a “tortured” soul who struggles with his dark side and has trouble finding his way/place in the world. Despite being younger than him, Maggie is the responsible one – the caretaker. She sends him money when he needs it and is always prepared to learn of his death (months after the fact). She envies him in that he did what he wanted instead of kowtowing to societal expectations.


·        Usually, she wears dark, somber suits and exudes a quiet sophistication. She has perfected the “soft, consoling” tone of voice to the point that she finds herself occasionally using it when not counseling the grieving. For the trip, she wears jeans, riding boots and a simple top. Her dark, shoulder-length hair is pulled back and her fingernails are French manicured. She likes wrist watches, not bracelets or rings. She likes white rather than yellow gold. She prefers black to brown leather. She carries a purse, but not on this trip. Rather, she is using her leather briefcase.


·        She fears getting old and losing her figure. She works out (running) and does yoga. She tried Pilates, but prefers yoga.


·        She eats organic and has tried several times to be a vegetarian. She likes sushi – particularly sashimi, but is scared to have it in the Midwest. She likes to get up in the middle of the night and eat almond butter and honey sandwiches, though later she feels guilty for the calorie/sugar bomb.


·        She prefers vodka – upper end (Ketel One or Gray Goose). She likes martinis but not sweet drinks. Dirty or filthy vodka martinis are her favorite.


·        She has a scar on her inside left wrist, but won’t tell anyone how she got it. (It was when she and Rachel had climbed a fence to go skinny-dipping in a pond outside of town.)


·        She considers herself an honest person, though she knows she lies to herself.


·        She once stole a tube of lipstick from a department store to just see if she could do it. It wasn’t even really her color but she made herself use all of it as punishment.

There are actually two more pages of notes that include her birth date, astrological sign and characteristics), the fact that she’s right handed and all her vital stats. But I think, for sake of space, I’ll stop and simply sum up by saying that I hope this illustrates about how I write and how I create characters. I’m not sure it’s helpful, but perhaps it does shed light on the character of Maggie and her relationship with Sarah and the other characters in the novel

For the first four chapters of All We Lack or to see examples of my other work, feel free to go to www.sandramoran.com. I always love getting emails, so also, feel free to drop me a line or ask any questions.


Thank you for the opportunity to visit Word Affair. It’s been an honor to be included. Thanks for reading. 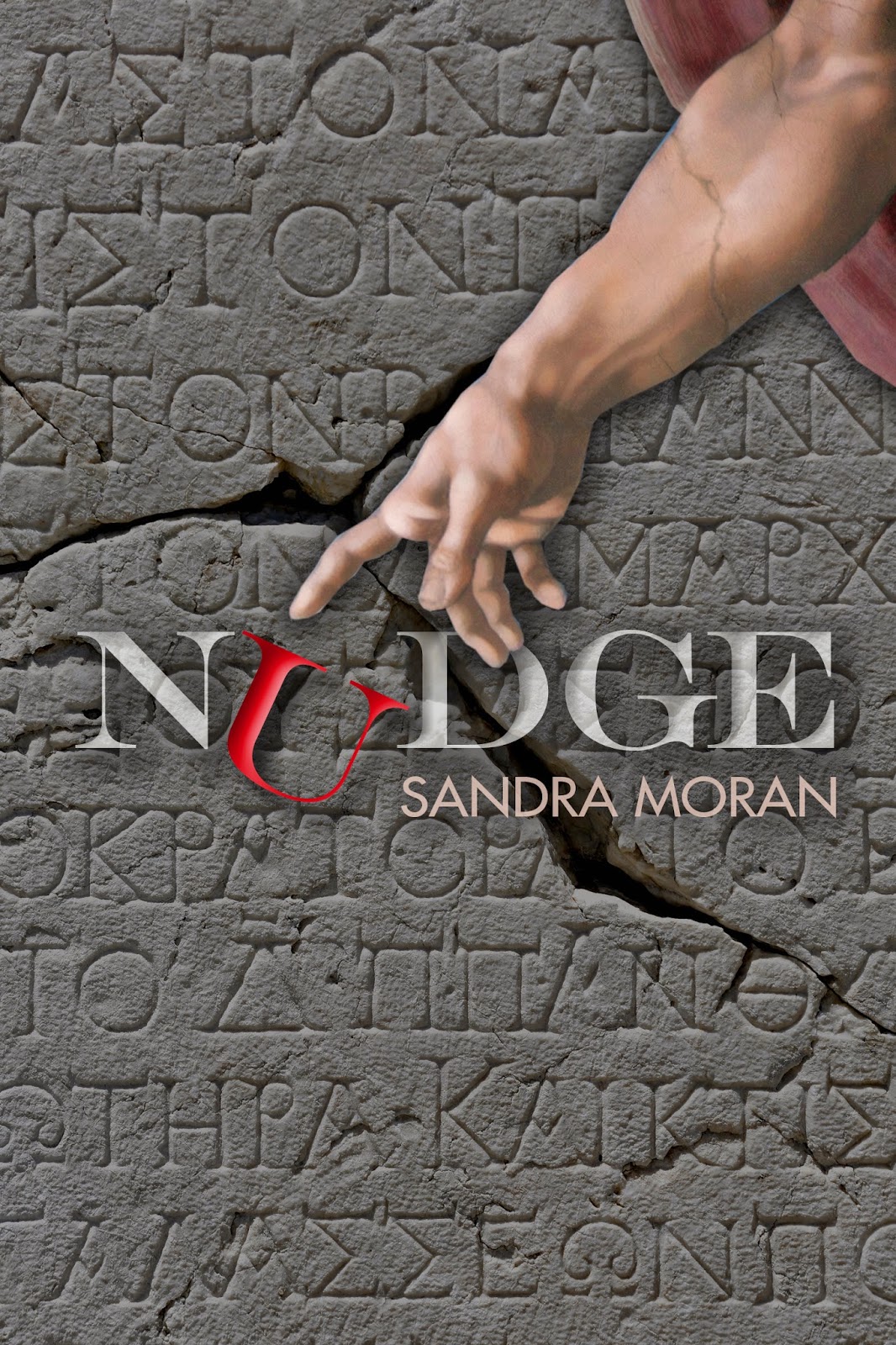 Sandra Moran is an author and assistant adjunct professor of anthropology at Johnson County Community College in Overland Park, Kansas.
A native Kansan, she has worked professionally as a newspaper journalist, a political speech writer, and an archaeological tour manager. In her novels, she strives to create flawed characters struggling to find themselves within the cultural constructs of gender, religion and sexuality.
She is the author of "Letters Never Sent," "Nudge," and “The Addendum,” a companion piece to “Nudge.” Her most recent novel, “All That We Lack” was released April 1, 2015.

Posted by Barbara Winkes at 4:23 AM