Taking responsibility for your vision

Between the Emmys and the fall season starting, I thought it's a good time for this blog, and before I start--Congratulations to Viola Davis for making TV history. #TGIT can't come back soon enough!


* * * *
﻿
I love the work of Shonda Rhimes, because she’s a fearless writer who got into a position where she’s able to make her point, through hard work and perseverance. Would she be here if she’d faltered and hesitated every time a critic said her stories had too much of something (gay people, messed up people, sometimes messed up gay people, cheating, trauma, character death…)?

Maybe part of that hard work and perseverance is to teach and convey that stories are stories, and if they hit us hard, that’s when they work. A couple of years back, I still would have said, no, I’m not into medical shows. I’m not going to start watching one because it had a lesbian couple in it. I did love Olivia Pope pretty much from the beginning though, and Scandal just keeps getting better and crazier. Then, along came How To Get Away With Murder, taking the concept of messed up (and somehow, still relatable) characters to new heights. Who doesn’t want to shake these entitled kids? Who doesn’t simultaneously feel for Annalise and is a bit scared of her at the same time?

I learned that likeability of a character isn’t all there is. A smart story and layered personality in a setting that doesn’t let you lean back and be comfortable for a moment can be an amazing experience for a viewer/reader. Eventually, Geena Davis guest-starred on Grey’s Anatomy, and that storyline was part of what drew me in. I’m still not a big fan of medical shows, but I’ve learned to look past the fake blood and gore too.

Women are often socialized to be pleasant, not to make waves or cause controversy. For women writers, it’s important to get past that if we want to tell authentic stories. Keeping that in mind, Ms. Rhimes is the hero I need to remember when I’m tempted to cut down a storyline for no reason other than it might affect someone emotionally.

That, and I can’t wait for the Badass Women of #TGIT to return. Who’s watching with me, popcorn and red wine ready? 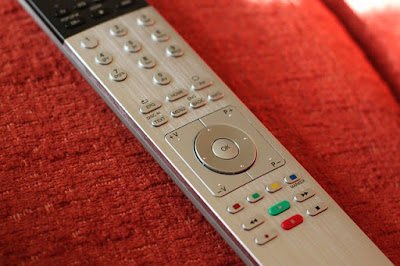