Today, we have another Wednesday Women blog by fellow Eternal Press author B. Lynn Goodwin who introduces Sandee Mason from her novel Talent. Thanks B. Lynn & Sandee for visiting! 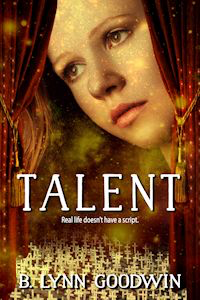 As if everybody didn’t already know him. His picture is in every issue.

“Do you have a couple minutes?”

I set down my phone. Diego just texted: The band got a gig at a birthday party. Can’t do set workday. He can wait a few minutes.

I figure Peter wants a quote for an article about my brother, who disappeared eight months ago while serving in Afghanistan, but he surprises me. “Can I ask you a few questions about Oklahoma?”

I don’t want to talk about the show. All I ever do is dumb stuff like sweep the stage and call people up if they miss rehearsal. The real stage manager is Rob. I’m just his assistant, and believe me he lets me know it. “What do you want to know?”
“I got the facts from you drama teacher, so I guess I want a more personal angle. Why did you get involved?”

“I wanted to be an actor, but in some ways being Assistant Stage Manager is better. I guess.”

“How is it better?”
“I … uhh … I get to fill in when anybody who doesn’t have an understudy is absent.”

He stares at me. I’m not going to tell him I like hanging out with Rob Cooper. I’m not even sure that I do, but he’s a senior, and he and Bri used to play on the same Little League team, and having him around is a little like having Bri back. Peter is still staring.

“So you like filling in on stage. Which role did you want?”
“Ado Annie. I love her. She’s such a flirt and she gets in a fight and everything. But that role went to Nicole Lorca.”

He rolls his eyes. What’s up with that? Everybody does it, and I have no idea why.

“Why did the school pick Oklahoma when we live in California?”

“Good question.” I start to laugh. “No one has ever asked that before. Why do you work on the school paper?”

“Excuse me. Who’s interviewing who?

His eyebrows shoot up and he stares for a minute. Then he starts laughing. “Rob was right about you.”
“What did he say?”

“He said there’s nobody quite like you. So tell me everything. Which actors are the ones to watch?” He leans towards me. For the first time I notice that he has incredible blue eyes. And freckles. But not so many that his skin looks splotchy. “Who misses rehearsal? Who is a ham? Are you just doing this cause it will look good on your college application or is it actually worth your time?”

He really wants to know. “It’s worth my time.” I say slowly. I know he’s going to ask why, and I don’t know how to answer. Time to improvise, I tell myself. I stall by taking a long drink from my water bottle. “Lots of reasons,” I say with a smile. “Why do you think I like it?”

It’s fun throwing questions back at him. If things don’t work out for me in theatre, maybe I’ll become a reporter.
+++

TALENT is about Sandee Mason, who wants to find her talent, get her license, and stop living in the shadow of her big brother, Bri, who disappeared while serving in Afghanistan. You’ll find all about her adventures with Diego, Rob, Nicole, and the others in TALENT, which is available on Amazon at Talent. (cut & paste) http://www.amazon.com/Talent-B-Lynn-Goodwin/dp/1629293350?ie=UTF8&qid=&ref_=tmm_pap_swatch_0&sr= 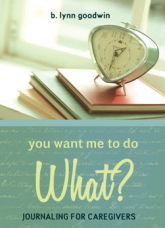 Author B. Lynn Goodwin owns Writer Advice, www.writeradvice.com. She's written You Want Me to Do WHAT? Journaling for Caregivers (Tate Publishing) as well as Talent (Eternal Press).  Goodwin’s work has appeared in Voices of Caregivers; Hip Mama; Small Press Review; Dramatics Magazine; The Sun; Good Housekeeping.com and most recently in Purple Clover. She is working on a memoir about getting married for the first time at 62 to a 2-time widower, seeking his third wife, that she met on … gulp … Craigslist.

Posted by Barbara Winkes at 3:50 AM