Today in the Wednesday Women: Djuna Shellam is here to introduce us to the leading lady of her series, Em. Welcome! 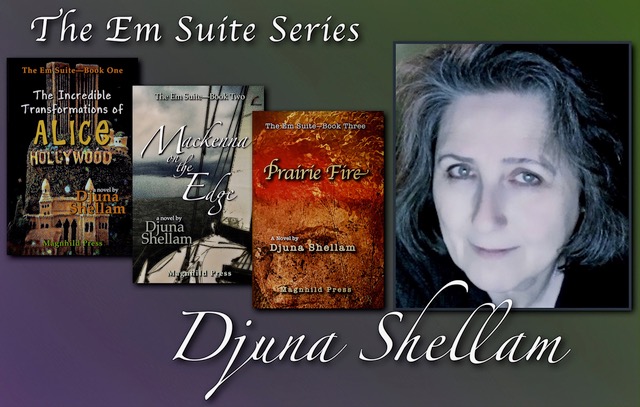 By Djuna Shellam
My name is Djuna Shellam, and I am the author of The Em Suite Series. It is a fictional series with lesbians as its main characters. Thus far, the series includes:

Here are some links: