It started out as a childhood dream, to hold a real book of my own story in my hands. Many years and written pages later, the moment arrived. The way there was paved with some unrealistic dreams on the one hand, the occasional idea that it might never happen on the other. In between, there was a lot of speculation that is turning into a more realistic assessment day by day.

My debut novel Autumn Leaves, like the sequel, Winter Storm, was published by Eternal Press. After a couple of months, Autumn Leaves moved into the Top Seller category on the EP website, where it climbed steadily to #2 and stayed there for a while.

Mind you, it’s doesn’t mean bestseller of the James Patterson or E.L. James kind, but here’s a lesbian romance sitting in the #1 spot of a multi-genre press, and that means something. Love is love. It’s more than a slogan. If people can relate to characters, root for them and want them to be happy, gender becomes less relevant.

On the other hand, we still have a relatively small section of books to choose from, compared to fiction/romance with straight characters. Increasing that number will help visibility. If my story does a tiny part in this, I’m happy for it--and I'm grateful for everyone who made this happen. 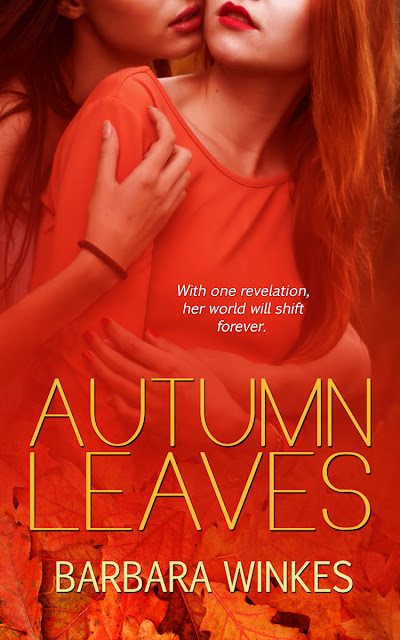 Amanda Kelsey and Dawné Dominique, the amazing artists who created the covers for Autumn Leaves and Winter Storm respectively.

Posted by Barbara Winkes at 2:32 PM