Coming July 16 is a release I'm particularly excited about, so I'm happy to present to you: 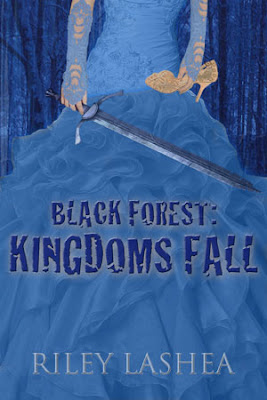 In the Black Forest, Cinderella lives in slavery, Rapunzel in captivity, and Snow White in exile. Stories only half told, each maiden waits. For better. For rescue. Or for death. Whichever comes for her first.

When Cinderella comes face to face with her so-called happy ending in the form of Prince Friedrich “Charming” of Troyale, she does not see her future with the prince as rescue, but as just another life of compromise.

In her attempt to flee his amorous intentions, Cinderella inadvertently slips between stories, emerging in a kingdom far from her own and finding true happiness with a beautiful maiden trapped high in a tower.

Only one snag to their happily ever after. The storyteller is not finished with Cinderella, and he is none too pleased with her defiance of his design. Determined to put his stubborn heroine back into her own story, he sends captors, conflicts, enemies and grief.

Beyond her fairy tale, though, Cinderella is no longer alone. She has everything worth fighting for, and nothing to which she wants to return. In order to hold onto the freedom and happiness she has found in the world beyond her own pages, Cinderella must take on an unexpected role - reluctant leader of a forest-wide revolution.

Thanks Riley for your visit on Word Affair!

... and this time for real--see you all after the vacation with the return of the Wednesday Women and more on my November release, Secrets! Don't forget that you can still enter to win an e-book by Linda Hays-Gibbs by leaving a comment on the post below.