Today in the Wednesday Women is Brook, a character who faces a horrible trauma, and survives. Author duo Wodke Hawkinson will tell you about her story, and their approach to a disturbing subject, below. They will also give away 5 paperback copies of "Betrayed" (US only). If you'd like to be one of the lucky winners, leave a comment with some info on how we can reach you (please! If you don't want to put your email here, twitter or FB will suffice, but I need *somewhere* I can message you. I've become pretty good at tracking down WW winners, but without that info, getting the prize to you might be delayed). Thanks to K., P.J. & Brook for joining me today! 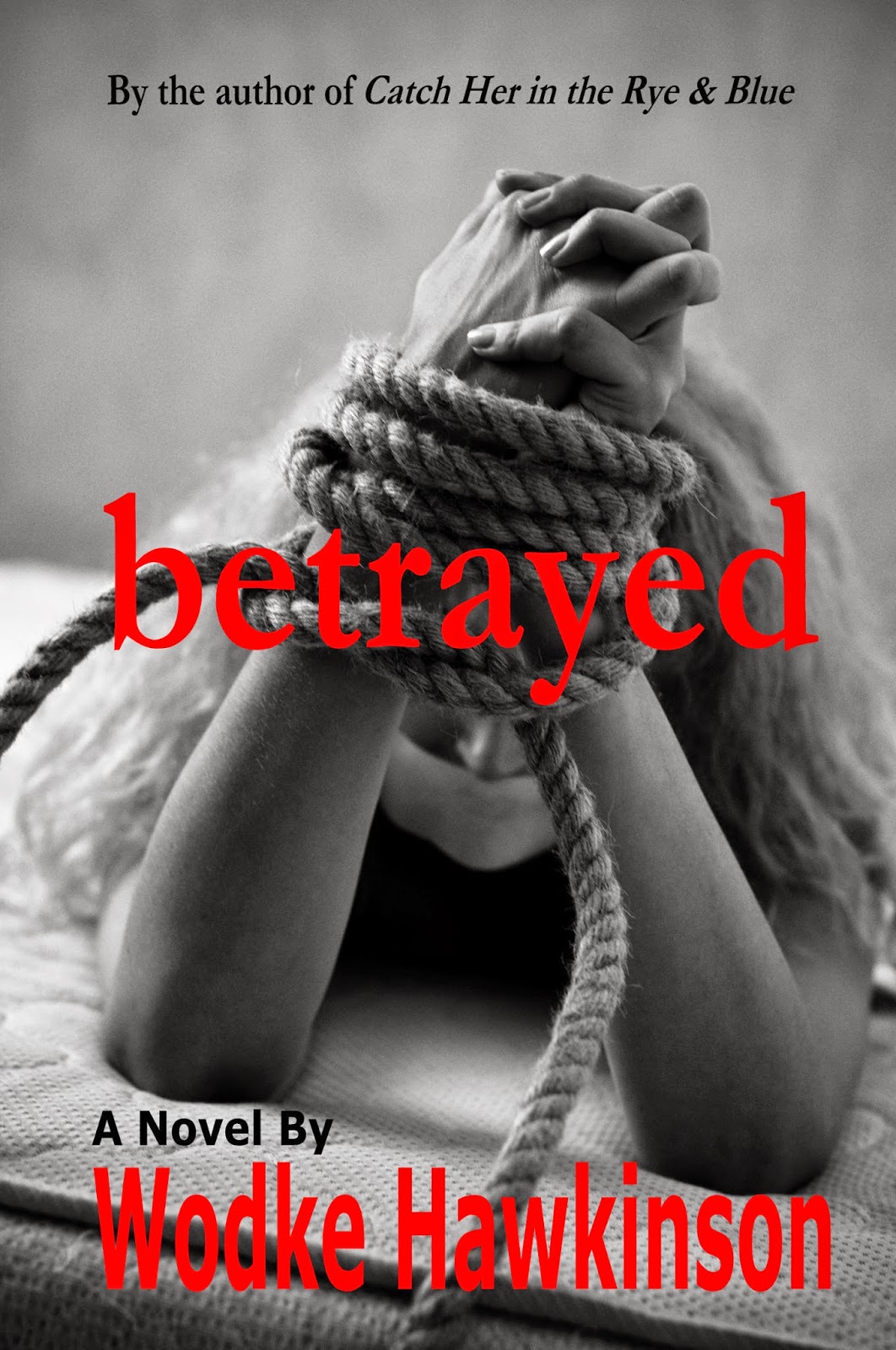 Brooklyn Parrish from Betrayed, a novel by Wodke Hawkinson

Brooklyn Parrish is the female main character in our novel, Betrayed. She is abducted during a botched carjacking. Thus begins her nightmare. She’s held captive in a remote location for days by three brutal men and a girlfriend of one of her captors.
Nothing in Brook’s life has prepared her for what she endures. She grew up in a small Kansas town, part of a loving family. Her solid upbringing and healthy self-image are the basis of her inner strength. As an adult, she marries into a life of leisure. Her world has always been safe and secure. All of that changes when she is taken.
As the hours of her captivity roll by, Brooklyn is subject not only to repeated physical and sexual assaults but also to attacks on her dignity and worth. However, she never loses sight of her core identity, never succumbs to Stockholm Syndrome or sympathizes with her abusers. This is due to several factors: Her captors do not show her any kindness, thereby making it impossible for her to develop any positive feelings toward them. Also, she is emotionally strong, although she’s never really been tested before. And at times, she is able to dissociate from her ordeal as a way to cope and escape the humiliation and pain through hallucination-like episodes.
After a couple of failed escape attempts, Brook still does not give up. When it appears they are going to kill her, she defies them by singing the hymn that had always been played at funerals in her family. She is spiritually preparing herself to die. This earns her a blow to the face, but she stubbornly persists. She is certain she won’t live through this, regardless of what she does. So she does what she feels is right.
At some points during her imprisonment, Brook seems to be broken. She can’t fight them; it only angers them and results in more pain. She appears to submit. But inside, she never relinquishes her sense of self, and when another opportunity for escape presents itself, she takes it.
Now she is faced with a different but equally deadly situation. She is lost in the mountain forests of Colorado at the beginning of a harsh winter, barefoot and half-naked. Again, she is unprepared for what she must endure. She knows next to nothing about wilderness survival. She’s badly injured, dangerously cold, hungry, and terrified her abusers will recapture her. Still, she perseveres, pushes herself ahead, looking for help. She stumbles ahead in a daze. Crawls when she can no longer walk. She is near death when she is found by Lance, a recluse who takes her back to his cabin. She is now a prisoner of a different sort; the storm has both her and her rescuer trapped.
Brooklyn grapples with her demons and searches for a way to come to terms with her emotional trauma even as she heals physically. All the while, in forced seclusion with a stranger she initially does not trust. She must sort through an enormous amount of confusion, disturbing memories, conflicting feelings, and grief. In a way, the isolation helps as it allows her to focus on her recovery without the distractions of her old routine or the well-intentioned, but often harmful, interference of family and friends.
Over the months in the cabin, Lance and Brooklyn grow close. It’s a relationship that neither intends, but it blossoms nonetheless. Brook is not the only one wounded by life; Lance carries a few scars of his own. Together, they help each other.
We received some criticism of our graphic portrayal of the violence done to Brook. This is not something we did lightly. In fact, we spent hours in discussion over this very point. How much detail should we include? Should we only hint at what happens to her? Should we soften the blow? We ultimately decided to make it as real as we could for the reader and here is why: Rape is a vicious, cowardly, and vile crime and does not deserve to be sugar-coated or down-played. So, we didn’t pull many punches with regard to those scenes and instead included an advisory in the book’s description.
When Brook returns to society, she comes back a changed person with different priorities and an altered outlook on her life.

Betrayed by Wodke Hawkinson - Brooklyn is taken captive during a botched carjacking. And so her nightmare begins. Escaping her captors is the first step. Now can she survive the snowy Colorado wilderness and its resident recluse?

Author bio: Wodke Hawkinson is the name under which authors K. Wodke and P.J. Hawkinson produce their co-written works. They live in different Midwestern towns and mainly collaborate via email and phone, although they have been known to discuss book ideas while fishing at a quiet lake.

In addition to Betrayed, Wodke Hawkinson’s novels include:
Tangerine
Zeke
Sue - a sequel to Zeke
Betrayed and Betrayed Alternate Ending