This week, Andi Marquette brings her leading lady, Meg Tallmadge to the Wednesday Women table. I bet what she's going to tell you about Meg will make you just as curious about her as I am now. Welcome, Ms. Tallmadge!
~ ~ ~

A Place to Hang Your Hat
Andi Marquette

A big thank you to Barbara Winkes for allowing me the space on her blog to chit-chat a bit about…well, about a few things. Including my latest release. 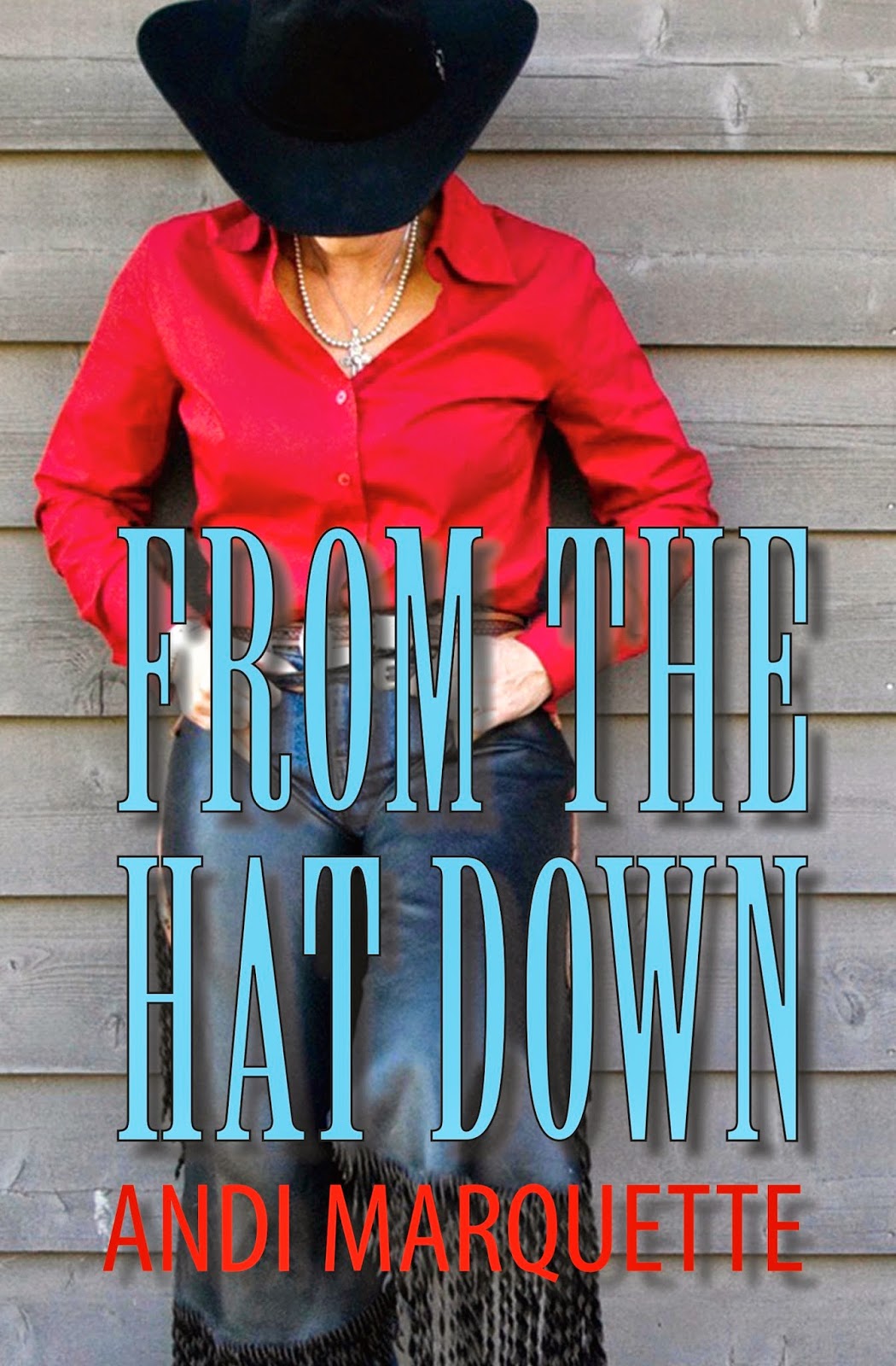 Some of you may be familiar with my novella, From the Boots Up, in which pre-vet college student Meg Tallmadge is spending the summer on the family’s working dude ranch in Wyoming helping her dad. Times are hard, and he’s hoping that a reporter from the LA Times who’s slated to visit the ranch for a story can help boost business. The last thing Meg wants to do is deal with some nosy reporter, but for her dad, she’ll do it, even though she’s dreading it. Until she meets the reporter. Heh. You’ll have to read it to find out more.

At any rate, Boots and I go back a few years (if you’re interested in the origin story, you can check it out here), and it took a while—a few years after I first wrote Boots—before I got to the point where I felt I could do a follow-up justice, which I just released: From theHat Down. It’s currently available on Kindle and I’m working to get the print version up and running and get a couple more ebook platforms ready to go.

From the Hat Down takes place 10 years after Boots. I’m not going to tell you too much more about it here (especially if you haven’t read Boots) but I will tell you that I had a great time with these two stories, and they really resonated with me. Which is not to suggest that my other books and stories haven’t. They all have, in different ways. Every writer will tell you that everything she writes is close to her, and that’s certainly true, but some have more of a grip on you than others. The duo of Boots and Hat had that on me.

I know that one of the reasons that’s the case is because I grew up and spent my young adulthood in the Rocky Mountain West, including Colorado and Wyoming. Southern Wyoming holds a special place in my heart, and when I originally started writing Meg Tallmadge’s character, I wanted to make sure that I captured the sense of place that Meg occupies, both literally and metaphorically. She’s a rancher’s daughter, born and raised in that culture. Like her dad, she is as much a part of the Wyoming landscape as the Medicine Bow Mountains and the way a sunset settles across the prairie.

People often don’t realize the extent to which a sense of self is tied to a sense of place, and that sometimes it’s hard to find where one ends and the other begins. Meg couldn’t be who she is anywhere else but Wyoming. As her character took shape in the pages of Boots, it became pretty clear that her roots were going to play a role in Hat, and they were going to further define her and the choices she made over the previous 10 years as well as the choices she had yet to make. Writing that kind of character—someone tied to the West and to the land on which a few generations of her family coaxed a living—presented a bit of a challenge.

Not to suggest setting isn’t important in my other work. It is. I’m a westerner to the core, born and bred, shaped and defined by similar landscapes as Meg. Setting always plays a huge role in my work. But to really capture it--and maintain the balance between person and place without overwhelming the former with that latter—meant that my work was cut out for me, especially since I also had to realistically age her 10 years and keep her consistent within the tenets of her character that I’d laid out in Boots.

So I had a lot of back-and-forths with her, and a lot of rewrites and do-overs. I had to walk away more than a few times. I took a few drives, too. I spent a couple days in Saratoga, Wyoming, and drove across the southern part of the state on the roads she grew up on. I revisited Laramie after too long away, and drove down her street and past the places she liked to go with her friends and coworkers. And then I drove down 287 south into northern Colorado, where I’d spent a lot of time because I’d gone to college in Boulder, and that was just an hour south of Fort Collins, where Meg went to school at Colorado State University.

I walked the CSU campus, tracing Meg’s steps between classes, and pored through the course catalog. I’d spent a lot of time on this campus, too, back in the day but revisiting it years later helped give me a sense of how Meg might feel, years after she’d been there and maybe returned to visit a colleague.

I know, ultimately, what it feels like to identify with a place, and what it means to have a sense of it. And sometimes I need to revisit those physical places in order to reconnect with the essence of an identity. Meg ended up echoing some ties to my own past, and to my own links to particular places. Which might be problematic for some writers. After all, we might not like excavating too close to our own artifacts.

In this case, Meg’s more like a fellow traveler in my life than an extension of me. Her arc is very different than mine, and her ties to the land express differently. There are aspects to her that I’d really like to emulate, some that I appreciate as part of who she is, and still others that just wouldn’t fit on me.

After all, everybody’s boots and hat fit a little differently.

Thanks again, Barb! Happy reading, happy writing to everyone. 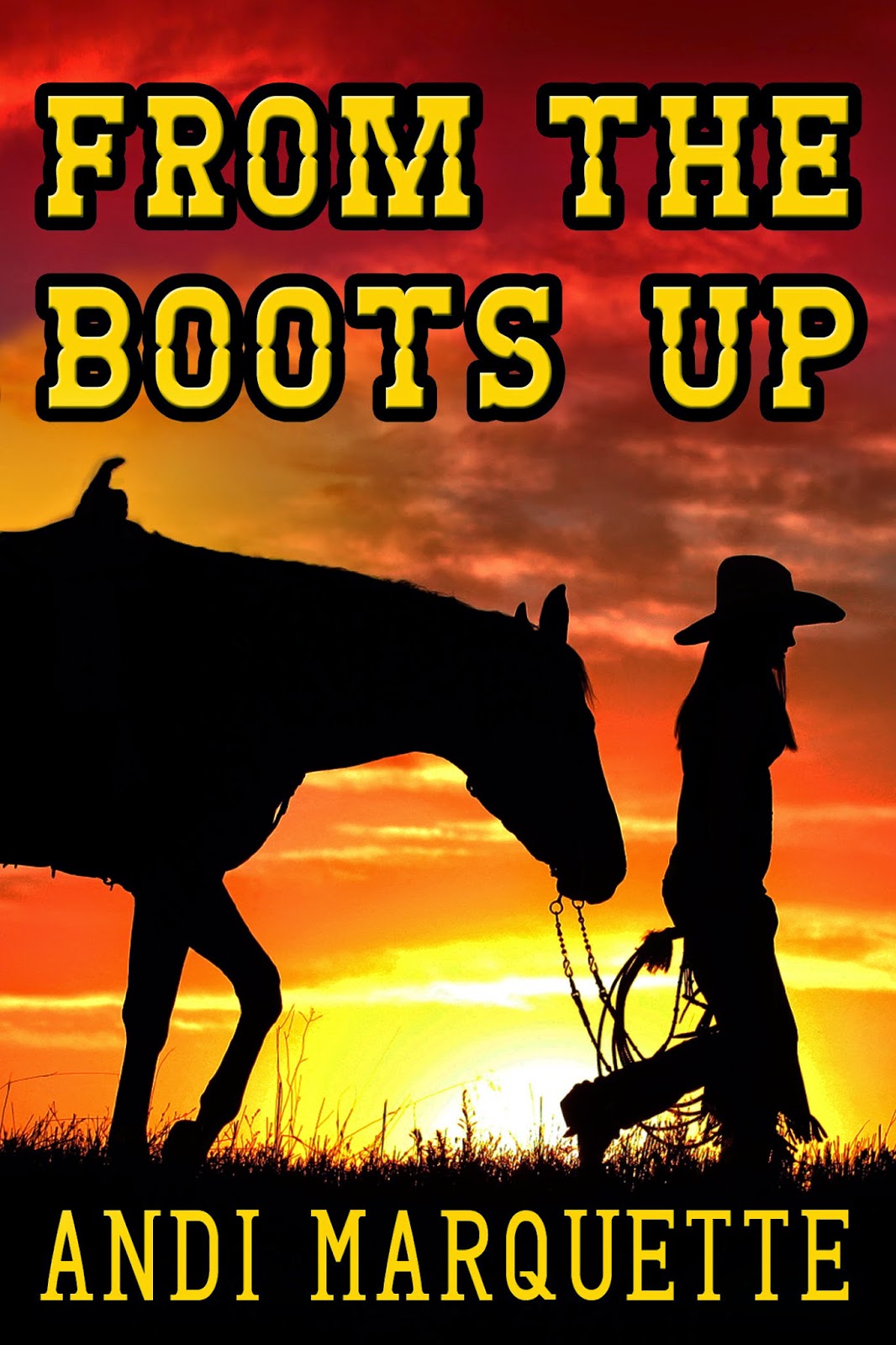 And have some fun with a couple of my playlists:

Posted by Barbara Winkes at 5:06 AM