The first femslash fanfiction I found was on the Passion & Perfection livejournal, and it was every bit a revelation to me as discovering lesbian pro fiction. Of course, it was around the same time I discovered Women's Murder Club, the TV show, and the rest, as they say...The P&P community has always been a welcoming and supportive place, be it to discuss our favorite pairings (or in my case, pairing), tell stories and support our favorite shows. Making connections and getting feedback changed my own options as a writer. Rachel has done great work to promote femslash for years, and of course she also came up with the idea of IDF. I'm happy to have her as my guest this week.

~ ~ ~
The last eighteen months or so have seen a real upsurge in the number of television shows that include either a canon or acknowledged subtext lesbian/bisexual-female pairing. That's not to say that we're suddenly awash with lady-loving-ladies on our screens but in contrast to shows such as Rizzoli & Isles and Once Upon a Time, where the subtext is used to lure in viewers only to then be dismissed as a figment of our imagination, the newer crop of executives and actors seem to relish the idea of catering to their lesbian fanbase.

Rookie Blue, Orphan Black, Orange is the New Black and non-colour related title Last Tango in Halifax have all included central queer female characters whose sexuality is an integral part of their character but by no means defines their character or storyline. They also have show runners and actors who readily discuss the lesbian storylines and emphasis - to an all too often clueless media - the character driven nature of those relationships. 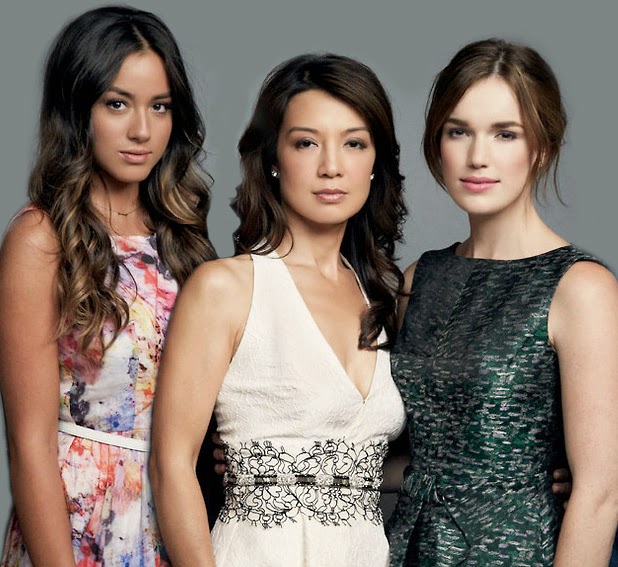 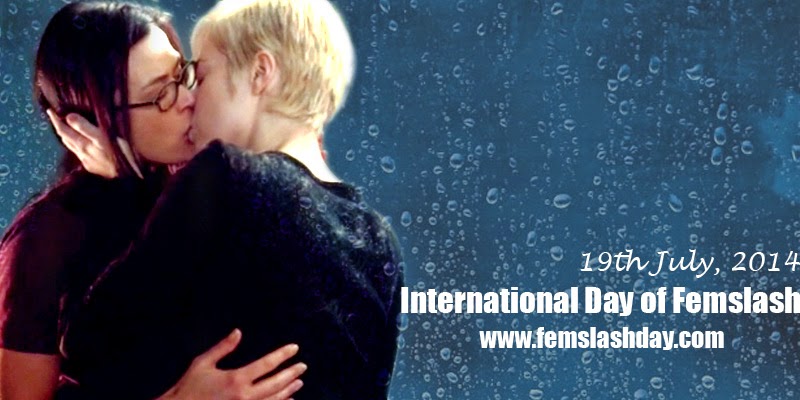 It's not only shows with canonically queer characters or storylines that are embracing the idea of female pairings; Marvel's Agents of SHIELD and Person of Interest are two examples of shows where the actors and show runners have, to different extents, fuelled the idea of a femslash pairing. The actors who play Skye and Jemma Simmons on AoS talk about Skimmons (the portmanteau for their ship) during panel discussions, interviews and in numerous tweets. While the show runners on PoI drop hints about a possible escalation of the flirty relationship between Root and Shaw in the new season and ask viewers for their opinion on the best portmanteau for the pairing, while the actors discuss their characters' mutual love of pain and suitability.

This isn't the first time actors and show runners have backed their queer female ships - Lost Girl has been doing it for several years now - but the sheer number of shows that are now talking about it at an official and not just fan level is very encouraging; it shows that finally, the people who make the decisions are beginning to see the upside of including our stories in their programs and, more importantly to them, how it can actually help to sell their programs to a wider audience.

Strangely, when it comes to fan-fiction, canon pairings have always tended to draw less attention than subtext ones; Xena, although maintext to all but the most obtuse, managed to couch their relationship in such a way that it still left all their big romantic moments up to the writers' imaginations and thus managed to buck the trend. The new batch of canon-relationship shows has conformed to that trend, so far, but whereas a few years ago fan-fiction and fan-created wallpapers, icons and videos were the main focus of fan-creativity, nowadays tumblr has opened the doors to a wider range of fan-created endeavours that allow for a mixture of art and storytelling that has embraced these shows and created a new type of fan-art-fiction to accompany them.

The abundance of graphics-inspired storytelling has, perhaps, delayed the leap to writing the more traditional types of fan-fiction, but it has also helped fuel people's ideas and prompted discussions that have gone on to spark longer narratives. This combination of actors' and show runners' eagerness to discuss same-sex pairings, even in the abstract, and fans' abilities to turn those discussions and scenes into visual stories and artworks is pushing the media in a whole new directions. One that should not only provides instant and easy access to fan-created projects, but also draws people in to the world of femslash storytelling.
Posted by Barbara Winkes at 5:37 AM