I'm excited to have New York Times bestselling author Rebecca Cantrell introduce her new series (with Sean Black) this week in the Wednesday Women. For the occasion, we have an interview with Sofia Salgado, the actress who played the starring role in the TV series Half Pint Detective and has now become a PI for real. Thanks Rebecca & Sofia for visiting! 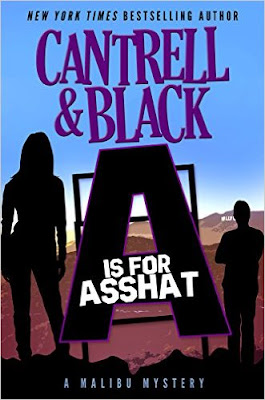 Sofia Salgado, former child star who was making a solid transition to dramatic, grownup roles, suddenly dropped out of the film industry, setting the town abuzz. Word Affair has managed to get an exclusive interview!

Sofia arrives at our meeting on time, which is unusual for an actress of her stature. She seems to have dressed down for the occasion in jeans, sneakers, and a red silk tank top. Even with minimal makeup, she’s still a formidably attractive young woman.

She’s just ordered an espresso and settled into an overstuffed leather chair when people start to notice her. She takes pictures with a few, signs a few autographs, and then turns to me to apologize for the interruptions. She is anything but a diva.

“The question on everyone’s minds is when we’re going to see you in a new film,” I ask.

“Maybe never,” she says. “I had a wonderful time in the industry, but I’m move on to something else now.”

“What could possibly tempt a star like you away? A new boyfriend? A singing career?” I sneak a glance at her flat stomach. No sign of a baby bump there.

She laughs. “No new boyfriend, and I can’t sing worth beans. I just wanted a change. I wanted to do a job where I could help people every day.”

She can sign quite well, but I can see this isn’t the time to mention that. “So it’s some kind of charity venture?”
“Not exactly.” She looks into her coffee cup for a second. “I’ve joined a private investigation company called Maloney Investigations, and I’m training as a private detective.”

“In real life?” It squeaks out. I can’t help it. She was the most famous private eye in the world on her TV series, Half Pint Detective. Who can forget the opening credits with her with a trench coat and hat and adorable 10 year old smile? “Not on TV?”

“I do.” She leans back in her chair. “I’m learning all the time, and I get to help people with real problems, make a difference in their lives.”

“I’ve dealt with all three,” she says. “But I can’t give you any details. It’s confidential.”

“Does your TV background help?” After all, we watched her learn how to lift fingerprints, eavesdrop on conversations, and trail bad guys on the show.

“Sometimes it helps. I once trained as a stunt driver, and I’ve used that.” She grins. “And some of the self-defense moves have come in handy.”

“So, when you stopped that bank robbery with a thrown shoe, that was work?” The video is still on YouTube. It’s hard to believe it wasn’t staged.

“I can’t say. It’s confidential.” She says this so seriously that I almost believe her.

“Will we be seeing this experience in a movie soon?”

“It’s not research.” She puts down her cup and leans toward me. “It’s just a job. Like journalism is a job. It’s something I do every day. I get up early. I go into the office, and I help our clients. That’s all of it. It’s not for a movie role. It’s not for a hobby. It’s a job.”

Now I do believe her, and I know exactly who I’d want to hire if I needed a movie star turned detective. Looks like the half pint detective is all grown up!

More from Rebecca (Amazon).
Posted by Barbara Winkes at 3:58 AM