You might remember Rose from the action-packed paranormal novel Jade that kicked off the series. Now, meet Jewel from the Norma Jean's School of Witchery series, a Young Adult-spin off. And thanks Rose for bringing Jewel to the Wednesday Women table! 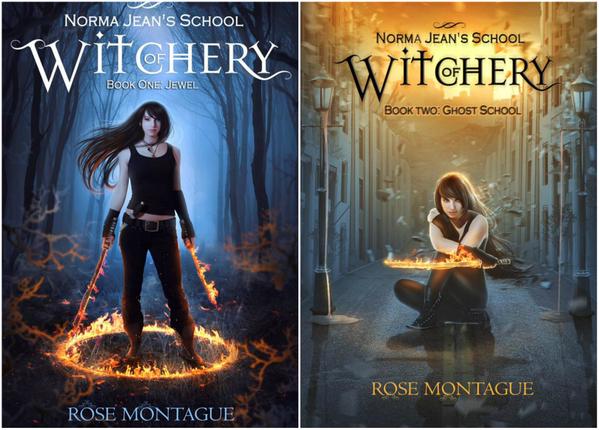 I love reading Young Adult books, particularly ones in the genre I enjoy, urban fantasy. Vampires, shifters, witches, & Fae in any and all combinations are prevalent in the stories I read.  My only complaint with Young Adult books is that sometimes the main characters are overly emotional, indecisive, and weak at the wrong times.

So when I decided to write a Young Adult series I decided on a Main Character that is the opposite of what frustrates me in many Young Adult books.  Jewel is a strong female character that knows what she wants and is confident enough to go after it.  She is a leader and takes responsibility for others. She is not afraid make hard decisions or take chances when the situation dictates. She respects similar qualities in others and she is fiercely loyal to her friends.  She is not adverse to a little payback if she is wronged.

Jewel has secrets, some she keeps out of necessity and safety and some she just doesn't want to share. She keeps secrets from her parents, friends, and love interests.  Most of her secrets revolve around her developing powers, powers that would make her a target if they were known.

I developed the Norma Jean's School of Witchery series as a spin-off from my first series which is an adult series (but suitable for an older teen), the first two books are titled Jade and Jane.  Jewel is a character in Jane that plays a minor but important role.  My beta reader, Hans Markus, asked me to write more about Jewel and the idea of a spin-off was born.  Jewel loses her parents in a car wreck and is adopted by Jade and Jane.  Because enemies of Jade and Jane might seek to do harm to Jewel or use her as a bargaining chip, she is trained by a vampire assassin and a shifter enforcer before she starts witch school.  That training as well as her burgeoning magic talents will be needed at Norma Jean's School of Witchery.

There is a lot of action, some humor, and a little romance. I would recommend it for older teens, High School age and beyond.  Adults have loved it as well.

Posted by Barbara Winkes at 4:17 AM