To make a series about Supergirl was a good idea. Why? Because it was so overdue it’s quite sad and ridiculous. Because Supergirl is “the first female superhero to lead a show in nearly 40 years—yes, since Lynda Carter’s Wonder Woman went off the air.” (Joanna Robinson, Why Supergirl Star Melissa Benoist Hopes to Talk Less About Gender vanityfair.com)

Take a moment to let that sink in. Forty years in which we suggest that this archetypal character, the superhero, belongs to men. Forty years of teaching young kids women can’t/shouldn’t be the leads in this context, the strong but flawed individual who saves the world from catastrophe time after time.

Supergirl isn’t perfect, but it’s a fun and interesting approach. Besides Kara’s character, there are other women who take control of their own destiny. That’s always something to watch out for in new shows: It seems like we can do female leads now, but are they the token woman in a sea of suits, or are there other women they relate to, and are they doing it in a positive, uplifting way? It’s frustrating to think that it took forty years to get this far—that also makes it a big leap forward.

Sometimes it seems trivial to talk about TV with everything else is going on in the world, but the stories we tell—or don’t tell— about what women can do, matter.

So give me more of that, the Wonder Woman movie, hopefully, in the near future, a Black Widow movie or three, and please, don’t ask me if I’m Team Supergirl or Team Jessica Jones. If Superman and Batman can co-exist, certainly so can they?

Let’s work towards a world in which we have as many women as men in these roles, in TV, movies and books. Let’s write them. Let’s watch and read about them. 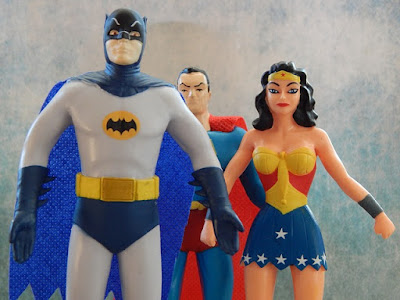