I'm Impatient, So I Write What I Want To See.

I'm just coming off from an exciting week, having seen Ocean's Eight on Tuesday (a movie I've been waiting for since long before I heard about it for the first time. Actually, I've been waiting for it since I first saw Ocean's Eleven, and it made me as happy as I thought it would). It was fun. I think it's extremely important to see a group of female characters interacting in a constructive way, and getting the job done. That's what I have always loved so much about Women's Murder Club, the books and the TV show. That's what I enjoyed most about the movie.

In my own story world, Insinuations (Carpenter/Harding #2) is in the My Lesfic newsletter today, and the pre-order for Infatuations (#7) just went live. I love writing this series, and this couple, because it gives me what mainstream media still withholds - a setting with a substantial number of women in it, in which the main characters are lesbians. Because this is what I want to see:
Lesbians as leads. Lesbians as leads, in a relationship, with a love interest that is not just mentioned, and never seen, but present in the other character's professional life. 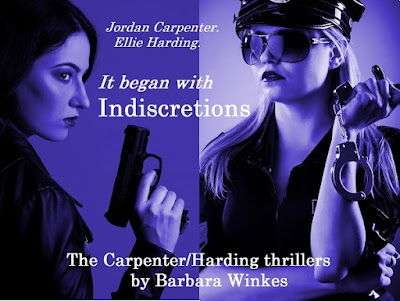 I want said professional life, and a glimpse into their private lives--but I also want a story beyond the romance, because I came for the action and suspense in the first place. And I can find that in my fellow authors' books as well.

In TV we're still reeling from the #BuryOurGays trope, and if there's lesbian representation, it's usually a friend or sister of the main character. Movies like Carol and Disobedience are more than we've hoped for, but there's the need for so many more, beyond the coming out story--which, of course, continues to be important. Showing the effects of homophobia then and now is important). I got tired of waiting.

The Carpenter/Harding series is what I wish I could see on my TV week after week. I dream of being able to see stories like The Amnesia Project, Secrets and RISE at the movies. More women leads. More lesbian leads. I am not the most patient person, so I sit down and write these stories, as do many of us.

Other interesting news from the lesfic world:

Authors, have a new release? Send a message to I Heart Lesfic here.

A sale from Anne Hagan: 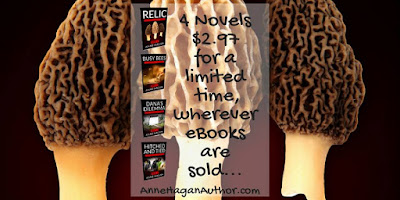 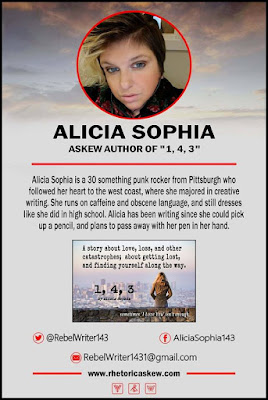 And, if you still don't have enough to read, here's the 2018 LGBT+ Story Bundle (sci-fi focused).

Enjoy, and have a great weekend! See you next Friday!

Posted by Barbara Winkes at 6:58 AM