The Writer and the Song

For many fellow authors, music is an important part of the whole story, inspiration and company in the day to day writing. I'm always intrigued by their posts, and see which songs speak to them and their characters. 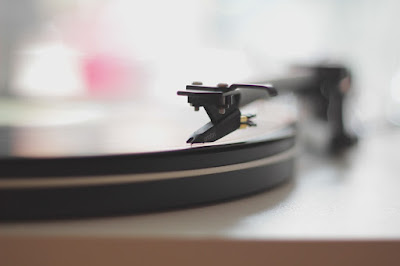 For me, the perfect song often comes along when a lot of the story is already written. I know the characters, crucial scenes, and sometimes, the book is already published. I lean back and in my mind, watch the movie I wish the book could be (knowing that even if I ever had that chance, it wouldn't be 100% the same).

One time, in the car with my wife, the song "Amazed" was on the radio, and I said it would be great to hear this from a woman's POV (pronoun-free songs always are great when you write stories with two people of the same gender in a relationship). I eventually found a version by Rachel Kramer, and wow, does it ever work for the way Jordan feels about Ellie. She's constantly amazed about Ellie's approach to life which is so different from her own waiting for the next shoe to drop (the next, not the other, because there's always something more in her experience). Another song I listen to in order to make these two come alive in my mind is "My Kind Of Love" by Emeli Sandé, and then, "Exes And Ohs" by Elle King (the latter, I first heard on an episode of Grey's Anatomy, and it's because of that context that it works for that pairing, not because of the lyrics).

(an excerpt from Indiscretions)

And sometimes a song opens up a different perspective on a character. Adele's "Hello" is obviously about two people who were in a relationship. I always loved the drama and build-up, but for me, the lyrics could mean something other than a love story. It made me think about Jordan's relationship with her biological mother (sometimes, supporting characters take a whole lot more room than you thought they would).

Would you like to hear more about songs I worked with? A while ago, I was interviewed by Toe Six Press, and part of the interview was my "soundtrack" for The Amnesia Project.

I think part of the reason why many of us use music at some point during the process is this: We always chase the "perfect" imagery, try to put on the page exactly what we see in our minds. If we're lucky, we get close, and we bring those results to the reader. And try harder the next time. Music gets us that much closer.